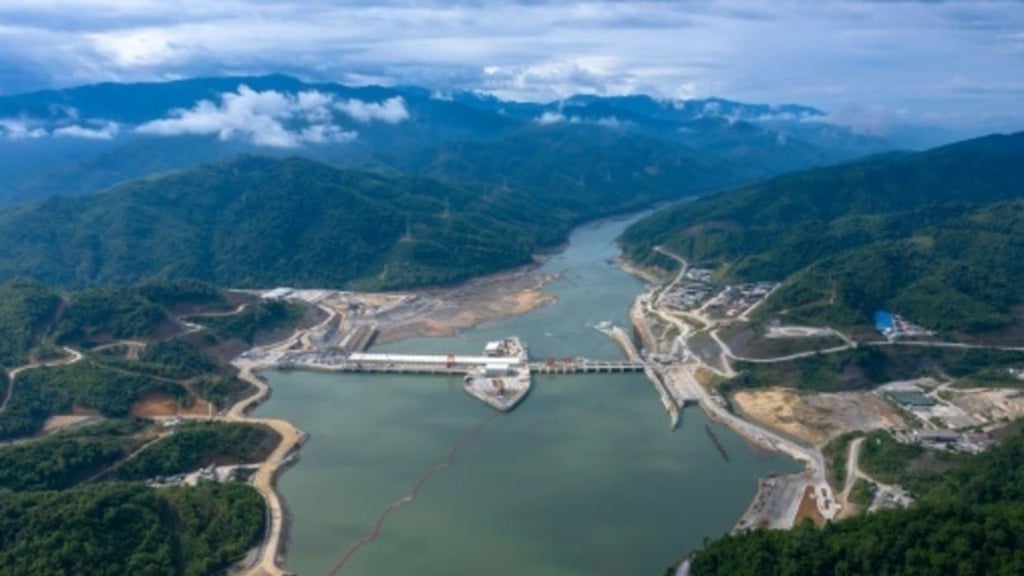 The Laos Government is preparing to build the seventh of nine planned large-scale mega dams on the Mekong River in 2022. The latest project in its controversial economic strategy to become the “battery of Southeast Asia,” sources in the country told Radio Free Asia.

The 728-megawatt Phou Ngoy Dam, whose projected completion date is 2029, would join the now operational Xayaburi and Don Sahong Dams. As well as the Pak Beng, Pak Lay, Luang Prabang and Sanakham Dams, which are in various stages of planning. Two others, Pak Chom and Ban Koum, are on the horizon after that.

“The initial environmental and social impact study for this dam has just been approved. However, the project still needs a lot more study,” an official of the Energy and Mines Department of Champasak province in far southern Laos told the Lao Service of Radio Free Asia (RFA) on Dec. 23.

“With regard to relocation of villagers, we haven’t talked about it yet. We haven’t discussed about when and where the affected villagers will be moved to,” said the official, who requested anonymity to speak freely.

He said the project had not been submitted to the Mekong River Commission (MRC) to undergo the Prior Consultation and Agreement (PNPCA) process yet “because the detailed environmental and social impact study is not yet complete.” The MRC is an inter-government agency that works with regional governments to manage the Mekong’s resources.

Two South Korean construction companies, Doosan Heavy Industries & Construction and Korea Western Power, have been tapped to build the dam between 2022 and 2029, in cooperation with Charoen Energy and Water Asia (CEWA), a private sector entity connected to the Thai and Lao governments.

With the Mekong River marking half of the 1,845-kilometer (1,150-mile) border between Laos and Thailand, Thai citizens are deeply affected by the dam projects.

“We’re monitoring this project closely. The company has not sent us all the information,” Dr. Somkiat Prajamwong, secretary-general to the Office of the National Water Resources of Thailand, told CTN News.

“After the Sanakham Dam PNPCA is complete, we’ll look at the Phou Ngoy Dam. If built, the dam might affect the Thai side. The water might overflow into Thai territory,” he said.

Prajamwong noted that the dam would be only 18 km (11 miles) south of Pakse, the capital of Champasak province, where more than 100,000 people live. It will also be only 50 km (31 miles) from the confluence of the Mun and Mekong Rivers in Thailand’s Sisaket province.

Laos has built dozens of hydropower dams on the Mekong and its tributaries under its “Battery of Southeast Asia” vision, with ultimate plans for scores more, hoping to export the electricity they generate to other countries in the region.

The projects are controversial because of their environmental impact, displacement of villagers without adequate compensation, and questionable financial and power demand arrangements.

Thai People’s Network in Eight Mekong Provinces, a citizen group that has filed a lawsuit in Thailand related to construction of the Xayaburi dam, is also concerned about the latest dam-building project, said Ormbun Thipsuna, the network’s director.

“Thailand has power reserves of more than 51 percent, so CP should not make a fortune on the hardship of the villagers,” she said, referring to the Thai conglomerate Charoen Pokphand Group, which owns CEWA. “Nowadays, the Mekong is fluctuating unpredictably.”

“What we were concerned about since construction of the Xayaburi Dam eventually happened; sediment is gone, fish are vanishing,” she said. “During COVID times, fishermen still can catch some fish for those jobless in the city, but more dam construction is worsening the people’s problems,” she said.

In a common refrain heard in Laos, residents of the affected area said they were opposed to yet another Mekong River dam. “Some time ago they conducted a survey asking us about our property, about our shops and fruit trees,” a resident of Khonken village in the province’s Champasak district said.

“We haven’t heard anything about relocation. Above all we don’t want to be relocated. We don’t know where we’ll be moved to. We’ve been here for generations and we believe that this is our permanent home,” the resident said.

Repeated accounts of villagers displaced by dam projects ending up poorer than they started has made him and his neighbors worried about their quality of life after resettlement, the villager said.

The residents of Khonken are mostly farmers who grow rice and vegetables or raise livestock. Some run small businesses like restaurants and guesthouses that cater to tourists, mostly from neighboring Thailand.

They fear that the dam would inundate the area’s biggest attractions, rapids on the Mekong River and beaches on its banks. A second resident of Champasak district said that many villagers are asking the government to reconsider the Phou Ngoy Dam project.

“The government is building these dams for money, but this one will destroy the beauty of nature and our property,” the resident said.

Including Khonken, the U.S. $2.4-billion project will affect 88 villages in seven districts, according to a study CEWA delivered to Lao authorities in February. Khonken would be the most affected, it said.