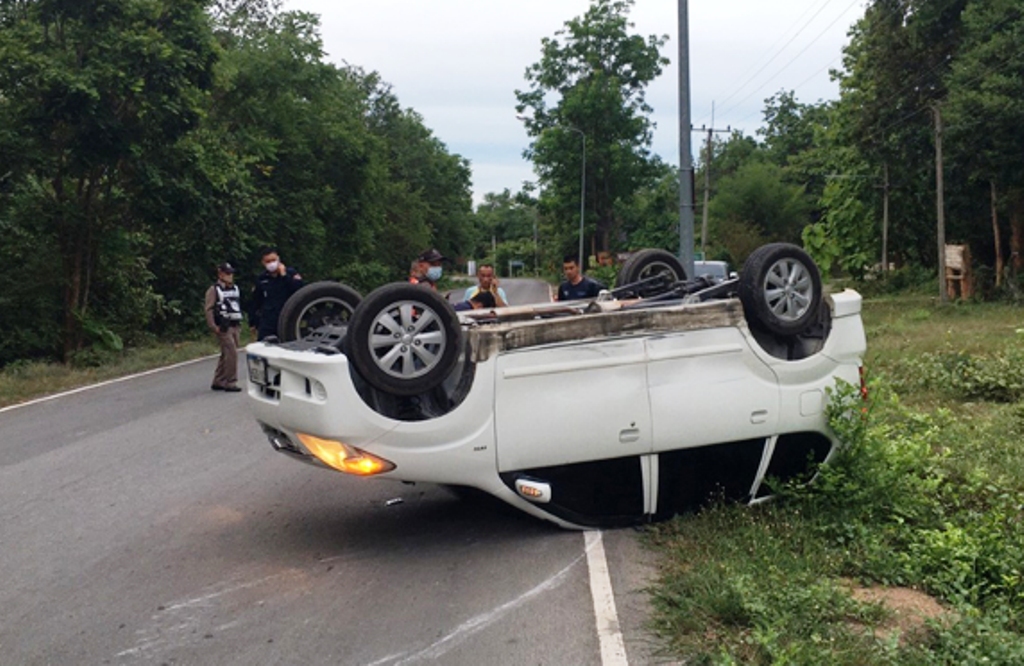 According to Provincial Police, they signalled a Chiang Mai-registered car to stop for a search at about 5.50 am on the thoen-Mae Phrik road in Lampang’s Mae Phrik district.

When their car sped through the checkpoint, it was hit by a cop car and overturned landing on its roof.

A search of the car revealed 20 bags containing 4.7 million meth pills, and the officers at the scene immediately arrested the two people inside th over-turned vehicle.

Police arrested two other men acting as lookouts in a pickup following information from the two men. Their pickup was also seized.

They were charged with being in possession of illicit drugs with the intent to sell. Legal proceedings were initiated against them.

The four suspects, who were not identified, admitted they had been hired to deliver the meth tablets from Chiang Rai. They were destined for Ayutthaya province.

Investigators were searching for other people associated with the drug network as well as their clients.