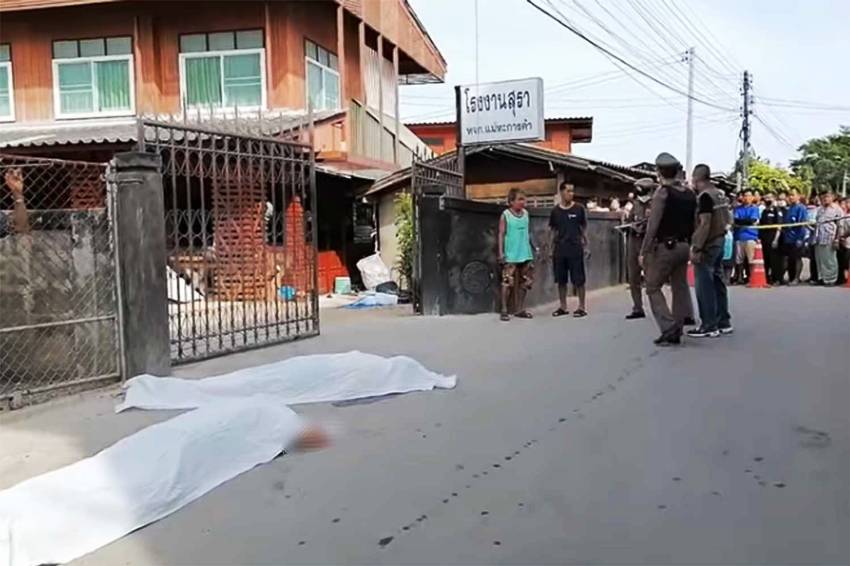 Meanwhile, Police are investigating an apparent murder-suicide in Phuket that happened on June 3rd. It involved a couple who allegedly had a falling out over a drugs.

Phuket Police were called to Wat Saen Suk around 4:30pm after people reported hearing a single gunshot. Upon arrival then found a man dead on the ground. He had a single gunshot wound to his head from an apparent suicide. A revolver was found beside his right hand, police reported.

He was identified as Thanet “Oley” Chuisod, 42.

The revolver contained five spent bullet casings and one bullet yet to be used. Officers also found 10 more bullets in Mr. Thanet’s pocket.

Police told the Phuket News that before finding his body at the temple, they had been called to a shop in Phuket.  Mr. Thanet had shot and killed Miss. Suphattra Suwanworn, 27, before speeding off on his motorbike.

Its reported that officers conducting the police investigation were told that Mr Thanet and Miss Suphattra were involved in selling drugs. They reportedly had just had an argument over Mr. Thanet being arrested for breaking curfew.

Police are also questioning more people who had close contact with them and other people living near them.