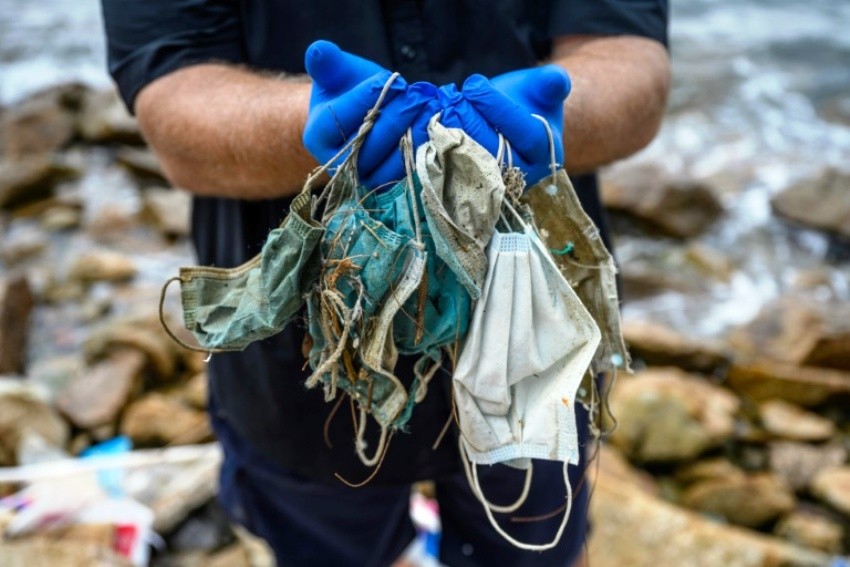 As Hong Kong overwhelmingly embraced face coverings to fight the coronavirus, conservationists report face masks are now washing up on beaches in growing quantities. The conservationists say the face masks on the beaches are adding to already alarmingly high levels of plastic waste surrounding Hong Kong.

“The single use face mask are just another additional burden for the beaches, OceansAsia, told reporters.

During a recent visit, conservationists counted and removed 70 masks from a 100 meter stretch of beach. A week later, another 30 masks had washed up. “Ever since society started wearing face masks they are now being seen on the beaches,” OceansAsia reports.

But the emergence of the deadly Covid-19 disease has made mask wearing near ubiquitous.

Despite its proximity to mainland China, the city has largely managed to defeat the virus. With just over 1,000 infections and only four deaths.

Now a growing number of companies are now offering reusable masks. The government has also launched an initiative to send all residents a fabric mask that can be washed. But disposable masks remain by far the most popular choice.

Russia has joined about 100 countries in backing a resolution at the upcoming World Health Assembly (WHA) calling for an independent inquiry into China, the WHO and the coronavirus pandemic.
The European Union-drafted resolution comes on the back of a push by Australia for an inquiry into China’s initial handling of the coronavirus crisis. That was met with an angry response from Beijing, which accused Canberra of a “highly irresponsible” move that could “disrupt international cooperation in fighting the pandemic and goes against people’s shared aspiration.”
While the resolution to be presented at the annual meeting of World Health Organization (WHO) members, which begins on Monday in Geneva, does not single out China or any other country, it calls for an “impartial, independent and comprehensive evaluation” of “the (WHO)-coordinated international health response to Covid-19.”
The wording of the resolution is weak compared to Australia’s previous calls for a probe into China’s role and responsibility in the origin of the pandemic. This may have been necessary to get a majority of WHO member states to sign on — particularly those, such as Russia, with traditionally strong ties to China.
But that doesn’t mean China’s government should rest easy. The potential for an independent probe, even one not initially tasked with investigating an individual country’s response, to turn up damning or embarrassing information is great.
Share
Facebook
Twitter
Pinterest
WhatsApp
Previous articleSouth Korean K-Pop Fans Hijack #WhiteLivesMatter Hashtag
Next articlePolice Called to Double Murder, Suicide in Northern Thailand

Factors to Consider When Choosing The Best Kindergarten