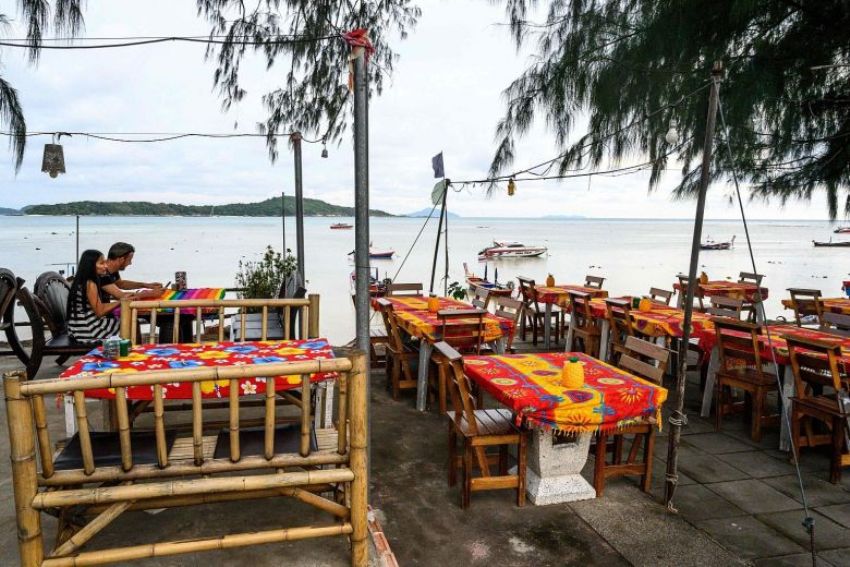 Nearly 100 hotels on the tourism island of Koh Samui are for sale due to the negative impacts of the Covid-19 coronavirus lockdown. Tourism on Koh Samui died after the government ordered hotels shuttered on April 7th to control the disease.

Worasit Pongkampan, president of the Tourism Association of Koh Samui, said owners of nearly 100 local hotels announced plans put their hotels for sale. Above all because they lacked cash flow and banks won’t lend to them.

According to Worasit, their financial problems started late last year and picked up in January. The COVID-19 crisis struck them in February. Some hotel owner have been unable to collect overdue payments from big tour agencies for months.

Furthermore, during the temporary closure of their hotels, owners had no revenue but have to pay salaries and other costs.

Due to the circumstance its difficult for them to seek soft loans from banks to maintain their liquidity. Mr. Worasit said he would like the government to immediately help the hotel owners with soft loans. Above all before it is too late because hoteliers are in deep financial troubles.

The impacts happen not only on Koh Samui but also nationwide,” Mr Worasit said.

Government of Thailand Promises Transparency in $58B Stimulus Package

Except for a few abstentions, the 250-seat chamber voted in favor of the government’s counter-COVID-19 decree. It will be presented to the Constitutional Court before being passed on to the king for his approval. The action followed the Central Bank’s earlier prediction that the economy of Thailand could shrink by 5.3 percent this year.