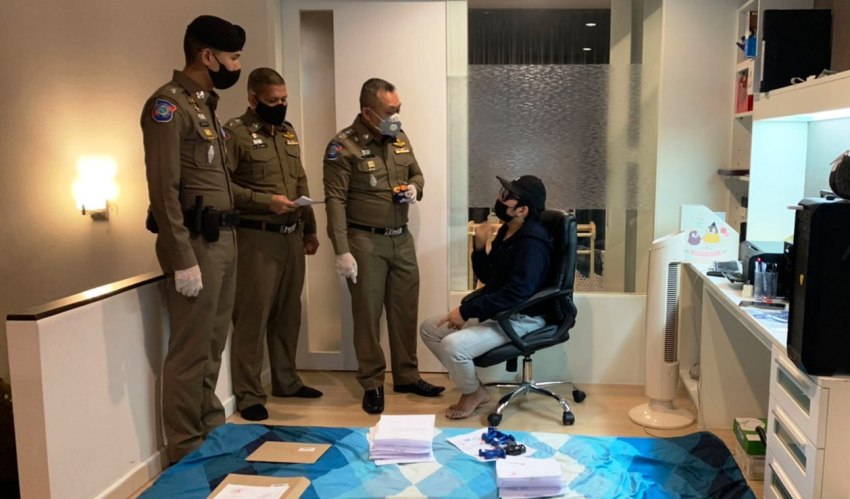 His arrest came after the Tourist police received a complaint that a Facebook user had allegedly producing fake doctor certificates and sold them online. Above all to those wanting to use them for sick leave, job application or other purposes. Thai and foreign nationals had allegedly hired him to produce fake documents, said Pol Lt Gen Chettha.

Investigators had coordinated with Pol Maj Gen Torsak Sukwimol, deputy chief of the Central Investigation Bureau, to probe and track down the Facebook Marketplace page offering medical certificates for sale. The service fee was 1,000 baht each.

After obtaining the evidence, the investigators sought court approval to search the house in Lat Phrao. Which consequently led to the arrest of the suspect.

During the interrogation, Mr Phitchayaphat confessed to having the Facebook Marketplace page that sold fake medical certificates. They were in both Thai and English. Even more he claimed he had been doing this for about one year.

The suspect implicated a woman called Ms Pub who he claimed had hired him and sent him fake hospital stamps and other items. He claimed he was given 400 baht per certificate and earned about 40,000-50,000 baht a month.

Police said they would extend the investigation into finding Ms.Pub. They handed over the suspect to Chok Chai police station for legal action.