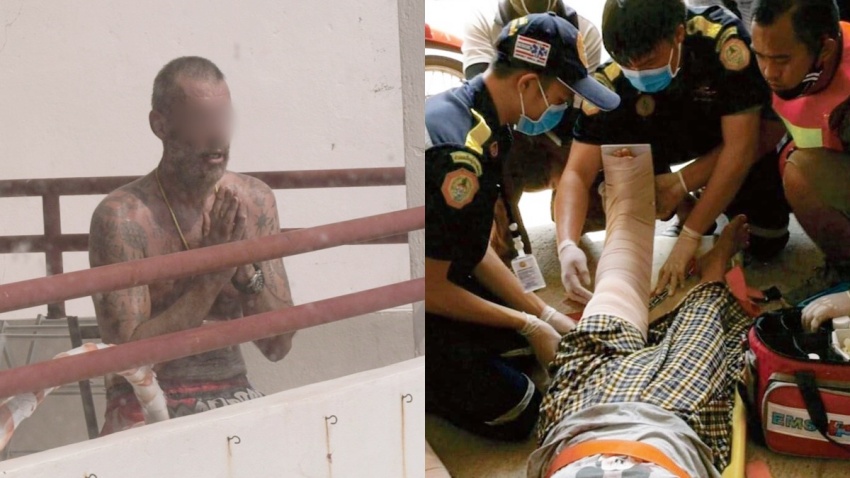 A Briton who allegedly threw his wife off his balcony in Rayong last month and then fled has been apprehended in Bangkok, Thailand. Immigration police told a press briefing the suspect had been identified as David John Marshall.

Mr Marshall, 47 was arrested after a hotel operator in Bangkok informed police that the suspect had checked in.

On April 28, Mr Marshall was arrested after allegedly pushing his wife from the 8th floor of their apartment balcony. Mr. Marshall allegedly had become aggravated due to the coronavirus lockdown.

Upon arrival police and rescue workers found Ms. Sukanda 56 on the 7th floor of the condo still conscious. She was screaming in pain yelling that Marshall had thrown her off their balcony.

The Briton just kept praying on his balcony

Once Marshll had calmed down and revealed that the couple was having a fight when his wife fell off their balcony.

Ms. Sukanda only fell between one and two floors, as she landed on a protruding roof from an adjacent building, which saved her life. Police said Ms Sukanda suffered a fractured hip and a dislocated arm in the fall and has pressed charges.

Mr. Marshall now faces further charges and blacklisting from Thailand once he has served his sentenced at Bang Kwang Prison also know as the Bangkok Hilton.