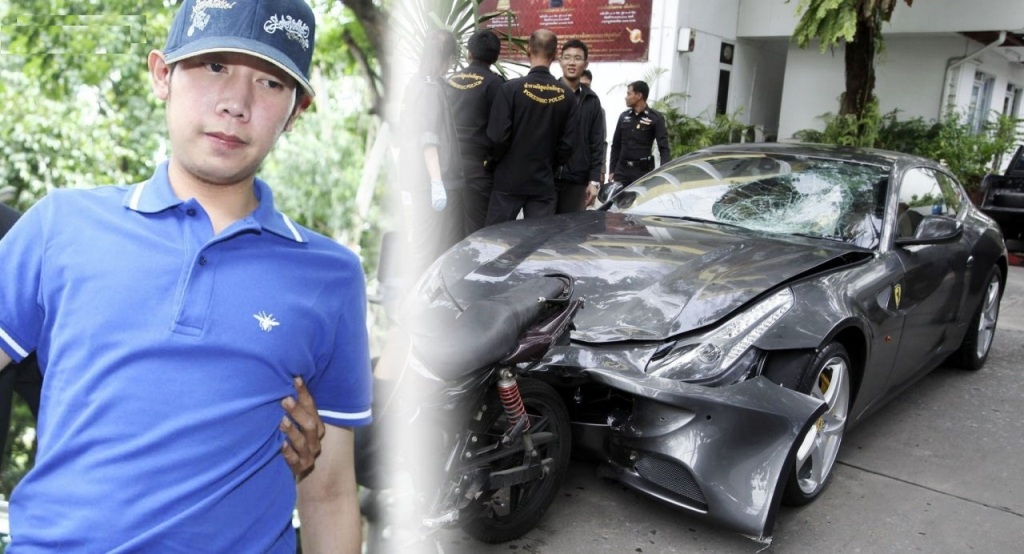 Prosecutors in Thailand have decided to indict Red Bull heir Vorayuth “Boss” Yoovidhya on charges of cocaine use and reckless driving causing death. The new indictment stems from his fatal hit-and-run case in Bangkok in 2012.

A working group at the Office of the Attorney-General (OAG) announced the prosecutors’ decision on Friday.

It comes two months after authorities unexpectedly dropped the case. This sparked public outrage and a series of investigations. The investigations pointed to widespread loopholes in a justice system. They were tilted in favour of the rich and connected.

Itthiphon Kaewthip, deputy director-general of the Department of Criminal Litigation, said the working group, headed by deputy attorney-general Somsak Tiyavanich, had made its recommendations to the attorney-general, and they were accepted.

Although the charge of reckless driving causing death against Vorayuth was earlier dropped, a new investigation of the case found that the suspect had taken cocaine. No legal action had been taken against him previously on the drug charge.

Earlier a deputy attorney-general and an acting police chief decided not to arraign him on the charge of reckless driving causing death. Mr Ittiporn said there was also fresh evidence and key witnesses who could prove the reckless driving charge to the court.

Sathon Wicharnwannarak, a physics lecturer at Chulalongkorn University, had calculated the speed of the accursed’s Ferrari at the time of the crash at 110-145 kilometres per hour. Even more public transport expert Samart Ratchapolsitte calculated the speed at 160-190kph.

OAG spokesman Prayut Petcharakhun said the prosecutors’ latest decision was not a revesal of the widely criticised decision made by Nate Naksuk, a deputy attorney-general, who decided not to prosecute Mr Vorayuth.

Mr Nate’s decision was lawful as he made the decision based on evidence in the investigation report at the time. The decision by the working group was based on fresh evidence, particularly the speed, he said.

“The OAG will ask police investigators to bring Mr Vorayuth in for arraignment. If evidence shows that Vorayuth is not in Thailand, or he is staying abroad, there must be clear details about this,” Mr Prayut said.

“Police must inform the prosecutors so they can seek his extradition. As well as coordinate with Interpol to arrest him. “The previous arrest warrant cannot be used. The investigators must resubmit a request to the prosecution,” Mr Prayut said.

“The latest information, last year, showed a person who looked like Mr Vorayuth was spotted in Montreal, Canada. Thai authorities contacted Canadian police, but were told there was no travel record of Mr Vorayuth entering there.”

He crashed into the rear of the police motorcycle on Sukhumvit Road, then fled the scene to his home nearby.

He delayed hearing the charges against him seven times. It was not until April 27, 2017, that prosecutors finally charged him with reckless driving causing death. Also failing to help a crash victim. He fled on a private plane two days before he was due to face the charges.

Mr Vorayuth is the son of Chalerm Yoovidhya, whose family co-owns the energy drink mega-brand Red Bull. They also ranks second on Thailand’s richest list. The family has a net worth estimated at US$20 billion.