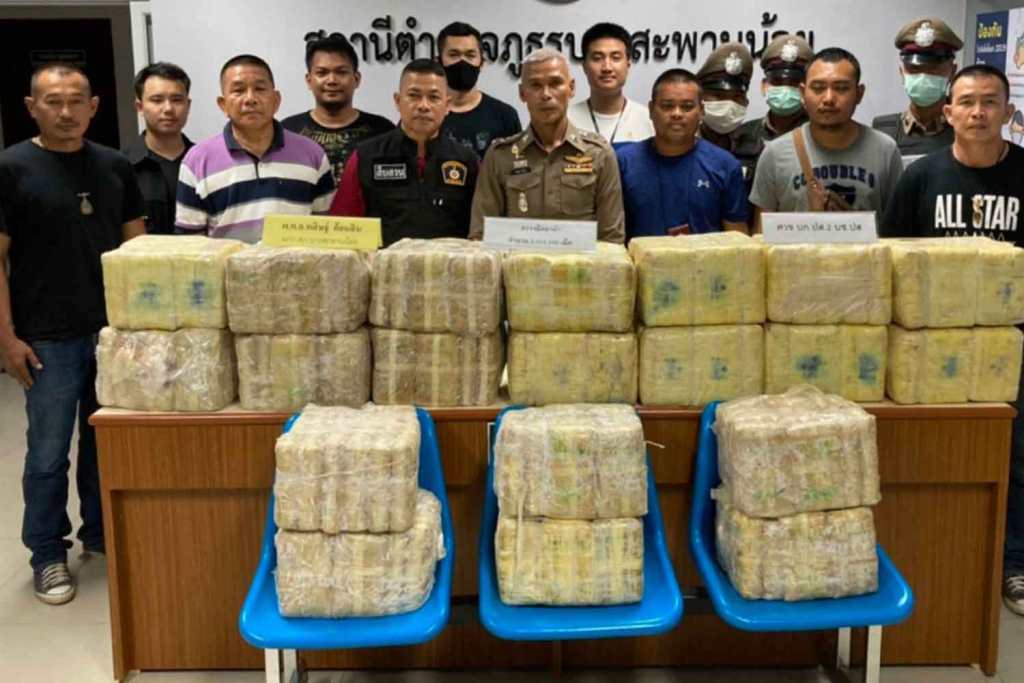 Police in southern Thailand have seized over 2 million methamphetamine pills during the search of an abandoned pickup truck. The pickup was left in a petrol station in Bang Saphan Noy district in Prachuap Khiri Khan.

The seizure was made after police received a tip-off from the Narcotic Suppression Bureau (NSB) that a pick-up suspected of delivering drugs was passing Bang Saphan Noy district, heading for the South.

On Tuesday night, police spotted the pickup truck which matched the description given by the NSB. It was turning left to a petrol station in tambon Chang Raek.

The police followed it to the petrol station and found the vehicle in the parking area but there was no one in it. The driver was believed to have fled, leaving a number of cardboard boxes in the rear of the vehicle.

In a subsequent search, the police uncovered a total of 2,002,000 meth pills in the boxes. A bank deposit passbook, two identification cards and some other documents were found in the vehicle.

The seized drugs and documents were handed over to the NSB for examination. About 2am, a police spotted an Isuzu pickup, parked on a frontage road with its engine running in front of city hall.

When approached by police the vehicle sped off. Police gave chase for about 10 kilometres. The road the pickup ran off the road and came to a halt under the span of a bridge across the Chao Phraya river.

Upon a search of the pickup truck police uncovered 30 fertiliser sacks containing about 6 million methamphetamine pills.

The two men were also charged with having drugs in possession with intent to sell.