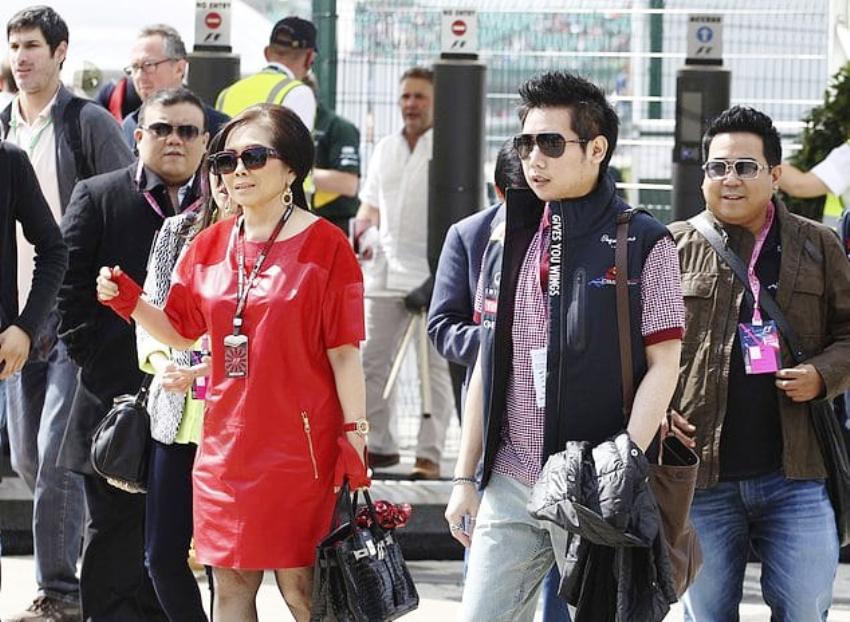 Pressure is once again mounting on the Thai police in the hunt for Red Bull heir Vorayuth Yoovidhya, who is wanted in Thailand over a high-profile hit-and-run case. The prosecution warned its the Thai police’s responsibility to speed up locating the Red Bull Heir.

The Office of the Attorney-General (OAG) cannot extradite the suspect until the Thai police locate which country he is hiding in, said OAG deputy spokesman Prayut Phetkun.

The Red Bul heir Mr. Vorayuth, 35, has been seen at public sporting events and elsewhere abroad. He is accused of being behind the wheel when his Ferrari hit and killed Pol Sgt Maj Wichian Klanprasert, in Bangkok, on Sept 3, 2012.

According to the Bangkok Post the Thai police have seven years left to track down the Red Bull heir before the statute of limitations for the most serious charge, reckless driving causing death, expires on Sept 3, 2027.

The speeding charge was dropped when the one-year statute of limitations expired in 2013. The second charge — failing to stop and help a crash victim — expired on Sept 3, 2017.

“Don’t forget that the extradition is possible only while the statute of limitations for this charge still is valid. And it’s the Thai police’s responsibility to first locate him,” said Mr Prayut.

When Mr Vorayuth’s whereabouts are discovered, the OAG will find out if that country has a criminal extradition pact with Thailand. If not, a diplomatic approach will be adopted instead, said Mr Prayut.

Recently a National Anti-Corruption Commission (NACC) investigation found that there has been an intention to exempt Mr Vorayuth from prosecution. Above all by officers at Thong Lor police station.

Back then, Mr Vorayuth delayed court hearings seven times. It was not until April 27, 2017, that prosecutors finally charged him with reckless driving causing death. Also failing to help a crash victim.

It was unclear when how the notice — a worldwide request to find and arrest an individual pending an extradition — went missing from the website and for what reasons? But there was immediate speculation that powerful interests had intervened on the Red Bull heir’s behalf.

Interpol declined to discuss individual cases but told the Bangkok Post that generally a red notice would be removed from its website if “the suspect has been arrested and extradited or died; the country which requested it has withdrawn its request; the judicial authorities in the country behind the notice have withdrawn the national arrest warrant against a suspect; the notice is the subject of an appeal; or the notice has been cancelled; or the status of the notice has changed from public to restricted”.