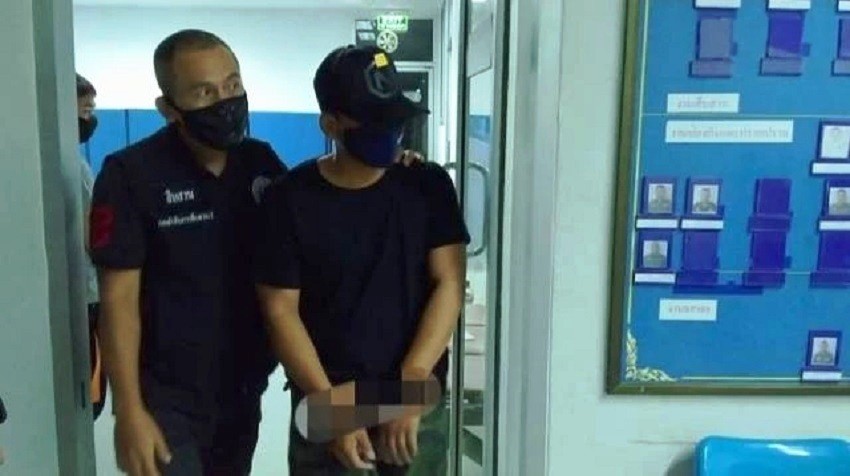 A 38-year-old man in Southern Thailand has been arrested and charged with the repeated rape of his young stepdaughter, and illegal use of drugs.

Pol Col Apisan Chaiyarat, a commander at the Anti-Trafficking in Persons Division, said ATPD and local police arrested the man at his house in Tha Sala district, Nakhon Si Thammarat province, on Tuesday.

The arrest followed a complaint filed by the girl’s grandmother. She said the girl, who was under 15 years old, had been raped repeatedly by her stepfather. The rapes continued for about six months according to Thai media.

The girl and her four-year-old sister were in the house at the time of the arrest. The suspect also tested positive for drug use.

The girl told police that after her real father died in late 2019 her mother took her and her young sister to live with the man who became her stepfather.

In early January she fell sick while out fishing with the stepfather in a boat. He raped her in the boat and told her not to tell anyone. Threatening to hurt her and chase everyone out of his house. Afterwards, he raped her many more times, both in the boat and at the house. The stepfather confessed to the crime, according to police.

He was charged with statutory rape of a minor aged under 15 years and illegal use of drugs. The teenage girl was placed in the care of the social welfare office in Nakhon Si Thammarat.

Meanwhile, A Myanmar man who raped and choked a five-year-old girl to death in Tak province reenacted the assault yesterday. Police provided tight protection to prevent attacks from enraged bystanders.

Mae Sot police yesterday took Sarim, 28, to the forest behind a Muslim community in Mae Sot to carry out the reenactment of the crime. The girl’s naked dead body was found on Saturday.

Sarim was arrested the same day with the case enraging the community in Mae Sot. A border town opposite Myanmar with many residents from the country. Many furious locals formed a crowd at the police station on Saturday.

Extra officers were deployed yesterday to ensure the reenactment could go ahead without disturbance.

Police said Sarim had confessed to inviting the girl for a walk with him while he was under the influence of illegal drugs. He said he took the girl into a nearby patch of woods where he carried out the assault.

He said he had not intended to kill the victim but his efforts to stifle her screams had resulted in her death.

Raping in Thailand, sadly, is often seen as normal, something that isn’t out of the ordinary. Rape cases make an appearance on TV every now and then, ever so often, and yet, don’t seem to leave visible marks on Thai society.

Why do Thais rape? What are laws anymore? The occurrence of raping cases is becoming more prominent in the Thai society, as Thai laws are becoming seemingly more ineffective when dealing with these cases.

Could such profane act be the result of a lack of sex education among Thai people? Is it the Thai culture? Or is it the Thai media themselves who only care for their own ratings, who disregard any impacts their contents might have on the society? Continue reading…