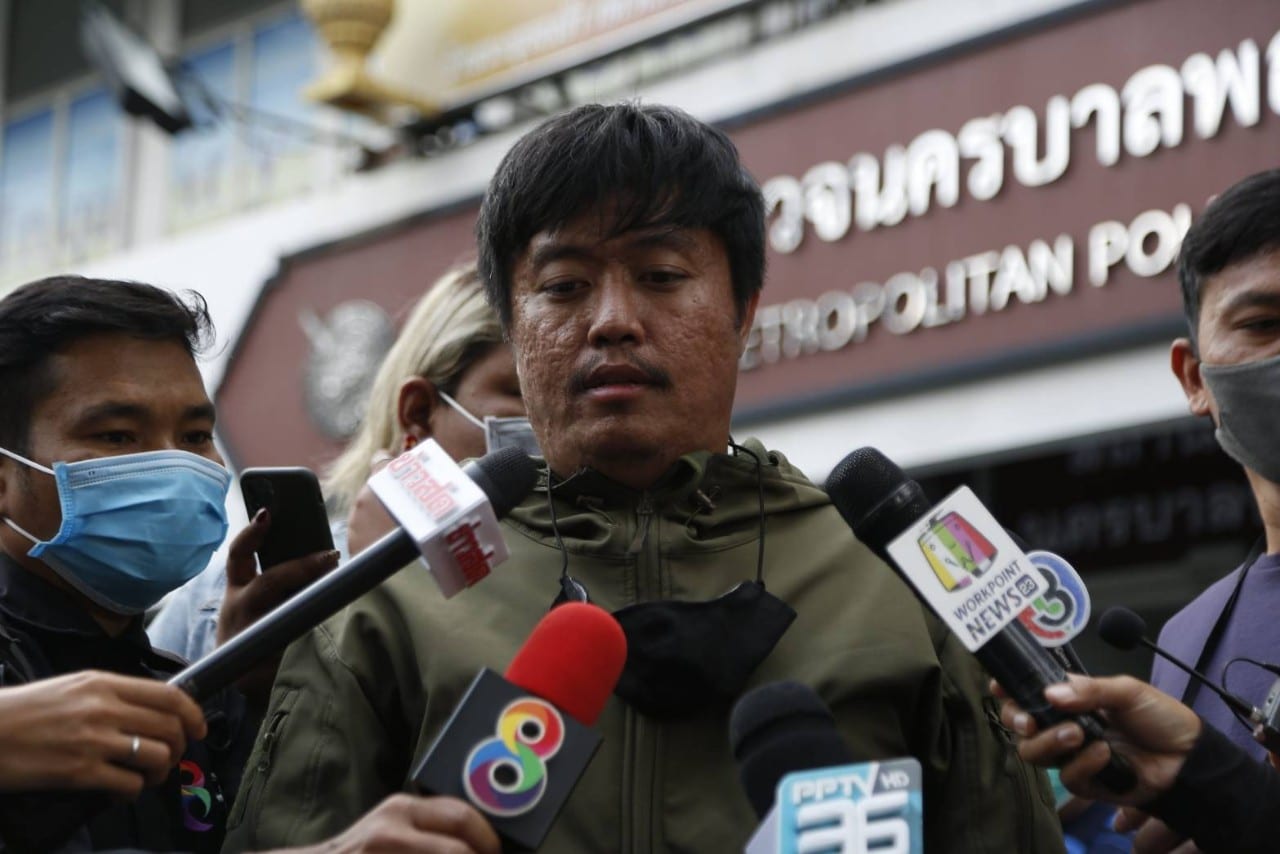 Police in Bangkok have summoned a political activist for falsifying a statement claiming that he was abducted stirred anger on social media and allegations of state harassment of government critics.

Mongkol Santimetakul, 25, a volunteer guard for the youth-led protest movement behind months of anti-government rallies, had told police he was snatched off the street and questioned in a van for 12 hours while wearing a hood.

But police said their initial investigation showed Mr Mongkol was at an apartment at the time he said he was taken.

“He claimed that he was abducted in a van but we have evidence, both camera footage and witnesses, that he was not,” regional police commissioner Pol Lt Gen Ampon Buarubpon told Reuters, adding an arrest warrant would be issued if Mr Mongkol failed to respond.

Mr Mongkol declined the opportunity to comment when contacted by Reuters.

Activists have accused the military-backed government of using illegal tactics to intimidate critics, on top of legal cases filed against them for offences like sedition and insulting the monarchy, which carry long jail terms.

“This is outdated, why would the police abduct people?” he said.

An ultra royalist group in Thailand launched a new political party on Wednesday to defend King Maha Vajiralongkorn, amid unprecedented calls for reform of the monarchy by a youth-led protest movement.

The “Thai Pakdee” (Loyal Thai) party is an offshoot of a royalist group of the same name formed last August to counter street demonstrations with rallies in support of the king.

Veteran politician Warong Dechgitvigrom will lead the new party, which he said will fight political groups whose true intention was to topple the monarchy.

“Before we defend … today we declare war, we will fight to protect the monarchy,” Warong told a news conference.

Leaders of the protest movement have rejected allegations that toppling the monarchy is their goal and have repeatedly said they want to make the institution more compatible with democracy.

Warong said the prominent opposition party, Move Forward, and its associated Progressive Movement group would be his party’s political rivals, as well as the youth-led groups that he called “the three-fingers mob”, referring to the “Hunger Games” salute they use in their campaign.

In a statement Warong said his party did not have support of any particular groups or businesses and would belong to the people.

He did not name any other members, but said the election commission had been notified of its formation and executives would be selected soon.

“The formation of a party that advocates the protection of the monarchy, whether by good intention or for destroying others, could only bring the monarchy into the political sphere,” Piyabutr said on his official Twitter account.