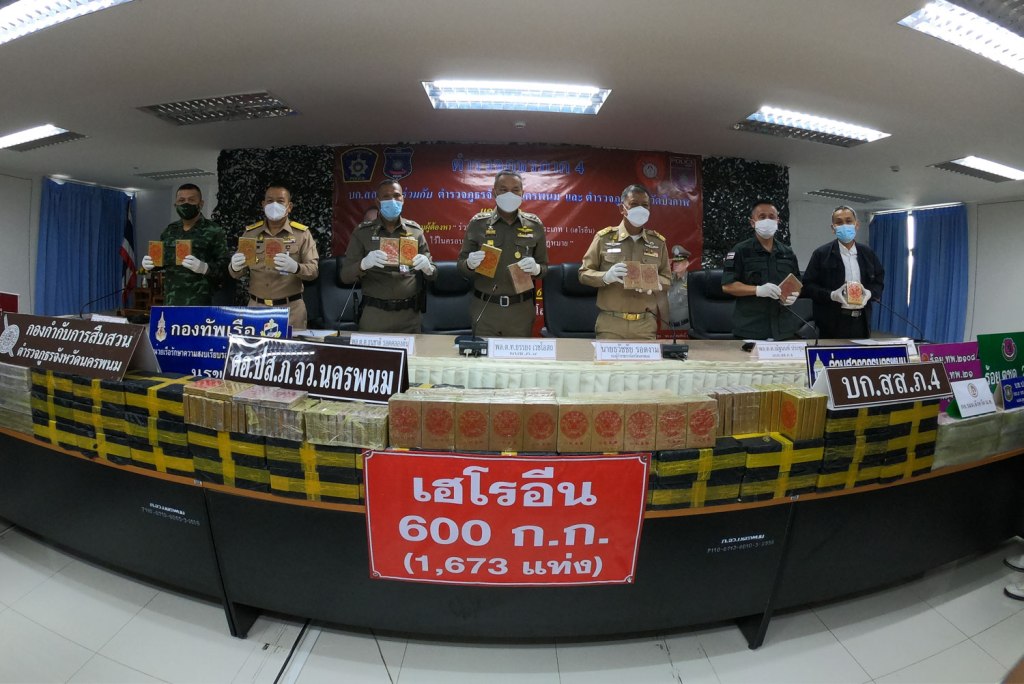 Narcotics suppression police have seized 600 kilograms of heroin worth over US$60 million and arrested a suspected drug courier in the largest haul in the Northeastern Thailand this year.

During questioning, the suspect claimed he had been hired for 5,000 baht to pick up the heroin in Ban Phaeng district of the northeastern province to deliver to a transnational drug gang. The heroin was to be transported to southern Thailand and then shipped abroad, he allegedly told police.

Narcotics suppression police said it was the largest haul of heroin seized in the Northeastern Thailand this year. The heroin had a street value of at least US$60 million.

Officers from several agencies helped track down the suspect, he added.

The notorious Golden Triangle remains the source of most of the drugs trafficked in the region, and the trade has been thriving despite the pandemic. The UN Office on Drugs and Crime also noted in a recent report that more shipments, especially those involving methamphetamines, are coming into Thailand via Laos instead of Myanmar as before.

The investigation would be extended to bring members of the drug syndicate and the mastermind to task, police said.

Earlier this month Narcotics suppression police in Northern Thailand report that have seized US$31.127 million in assets and drugs from members of a drug syndicate that has been operating in the Golden Triangle.

The Office of the Narcotics Control Board secretary-general Wichai Chaimongkol said on Monday the network trafficked heroin from Northern Thailand to Malaysia from a production plant in the Golden Triangle area of Myanmar.

He said there were three stages to the Narcotics suppression police operation, which began early this year.

Secretary-general Wichai said an expanded investigation led to the third raid. Narcotics suppression police seized 37 million baht worth of assets. He did not say where.