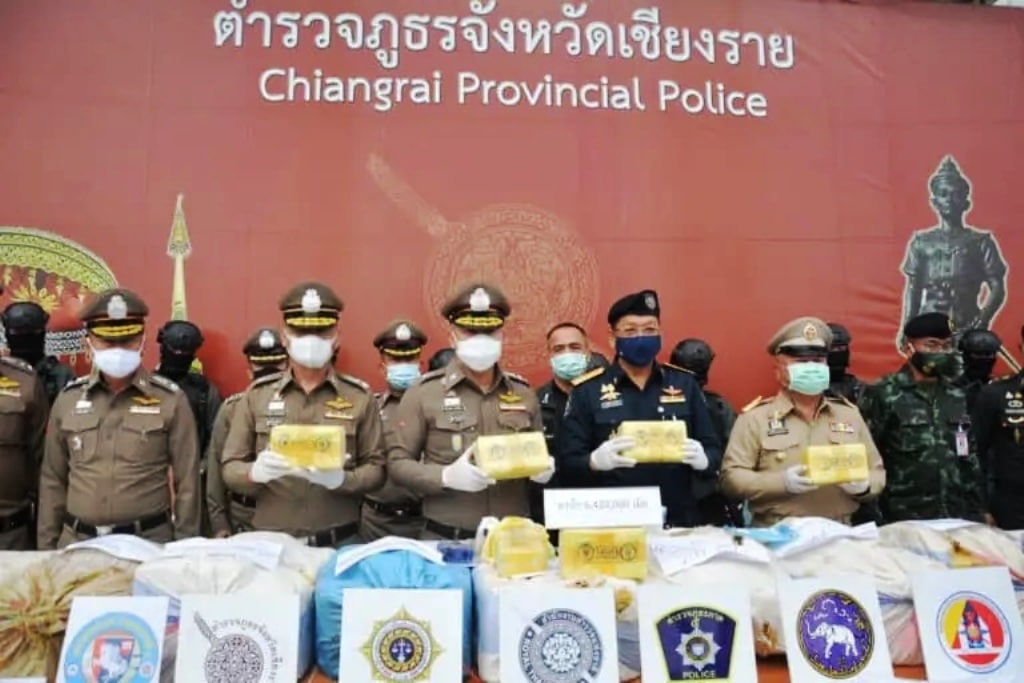 That arrest led to a tip-off of another smuggling operation on Saturday. Officials pulled over a pickup in Chiang Mai’s Mae Taeng district and impounded about three million meth pills hidden in the car.