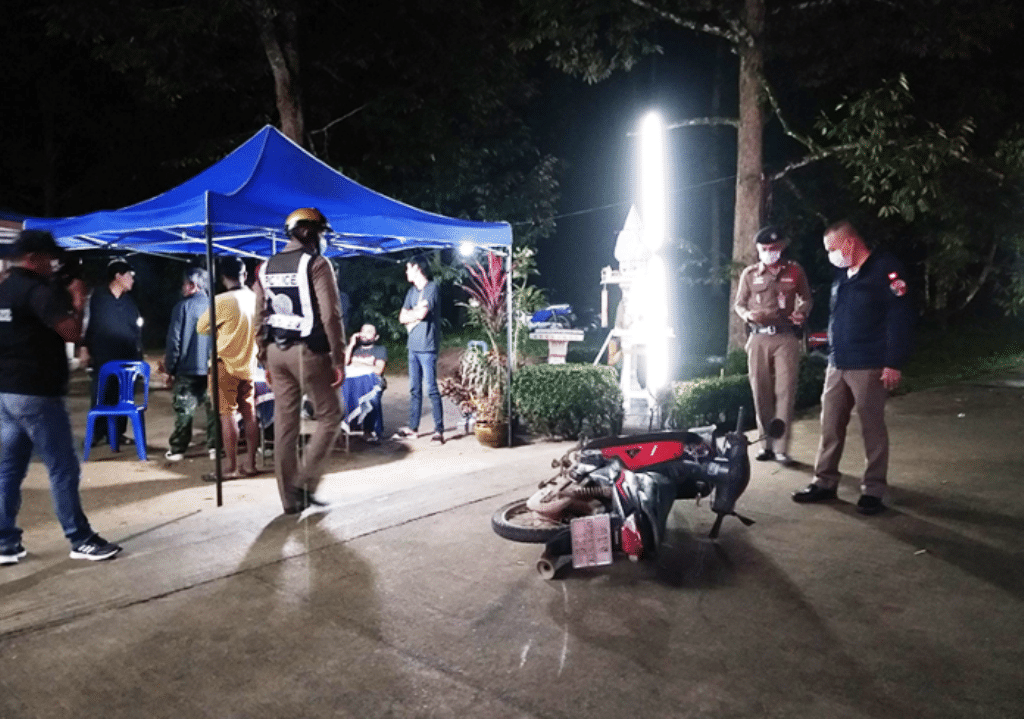 An elderly man was charged with murder after he gunned down a guest at a funeral for not wearing a face mask in Southern Thailand’s Nakhon Si Thammarat province.

Police say Mr Jumnean Sri-orn, 73, shot and killed his victim, Samran Tawai, 50, around midnight at the funeral in Chaweng district. Jumnean reportedly had a heated argument with Samran, berating him for not wearing a face mask to the event, though an investigator said the pair didn’t get along.

“They had many pre-existing personal problems,” Col. Sutat Songsayom of Chawang Police said. “I can’t tell you what they are, since they’re personal.”

Jumnean got onto his motorcycle to leave, but Samran pushed him off the bike, witnesses said.

“I know you’re carrying a gun, but you’re too chicken to shoot,” Samram was quoted as saying by eyewitnesses. Jumnean then pulled out his .357 and shot Samran in the face. One of the funeral attendants was a policeman, who quickly apprehended Jumnean at the scene.

Jumnean has been charged with murder and carrying firearm without permit; police say he confessed to the charges. He faces a lifetime imprisonment if found guilty.

Police in Southern Thailand have arrested a 38 year-old man allegedly for using drugs and molesting his 13-year-old daughter. According to Nakhon Si Thammarat police he had been molesting his daughter for more than 2 months.

During the police interrogation, he confessed to having taken speed pills and crystal meth for a long time but remained tight-lipped on the molestation charges. He was held in police custody for legal action in Nakhon Si Thammarat, Thailand.