What Does U.S. Business Commitment Mean for ASEAN Countries
Advertisement 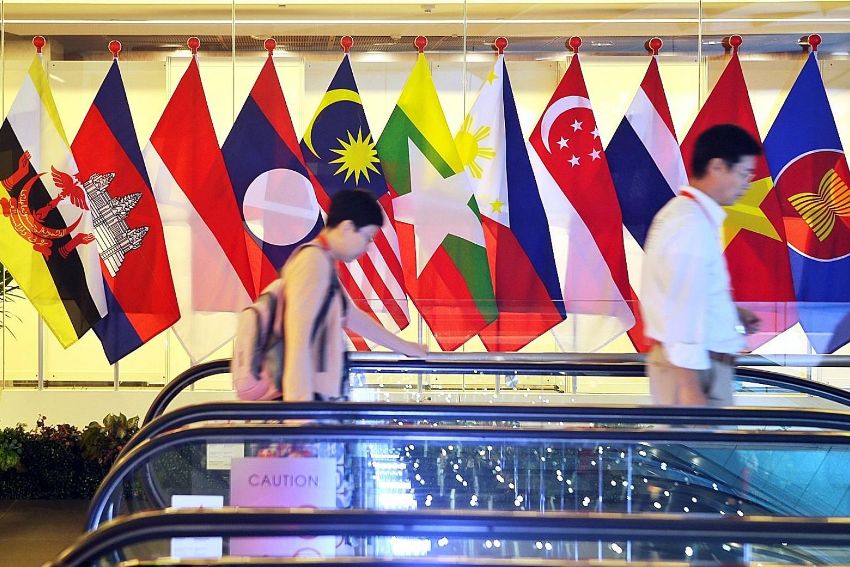 Together, they already represent a significant economic force with the IMF’s 2018 report setting the union’s common Gross Domestic Product above the countries like the U.S., Japan, Germany, and the United Kingdom.

The entire region and members of the union represent a developing market. As measured by the human development index and gross domestic product per capita combined, only a couple of countries qualify as graduated, developed nations.

Singapore undoubtedly is the leader of the region. It is an influential global economic center, a financial hub rival to London, New York, and Tokyo. ASEAN as the union is home to more than 660 million people, bigger than the European Union, especially after the departure of the United Kingdom as a result of the 2016 Brexit referendum.

So what is the difference between unions like the EU and ASEAN? Can this group of countries become a leading power like its European counterparts someday? What country is contributing to the development of the region the most? Answers to all of these questions are not as simple. Yet, in this article, we will explore the interest of the United States, its government, and the private sector in the region.

From the very beginning of the union and even before it, the U.S. has been an important part of the region’s development. The private sectors were always highly involved in bringing innovation, novelty, and capital to ASEAN nations. However, despite the rich past and present, the demand and plans for the future and much bigger on both sides. The region is gradually becoming a major economic hub but the significant driving force behind this process is tourism and international travel.

For ages, the ASEAN countries have struggled under corruption, unsafe environment, and poverty. Today, the region has started turning into something remarkable as the soaring number of visitors flock beaches and historical sites across it. The important portion of these visitors come from China, Japan, and other neighboring countries in Asia and Oceania.

However, with international travel becoming more affordable and accessible, tourists are starting to come from countries in Europe and the Americas. So what are the pirate sector commitment and intentions in the region?  How will the US business help ASEAN develop at a rapid pace?

Asia, and particularly this region, is slowly becoming a more open place for new ideas and types of businesses. Traditionally, ASEAN has been a rather conservative region, known for respecting religious values and traditions. However, with the rise of the 21st century, the reality is gradually changing. Nations like Singapore, Thailand, and Vietnam have started legalizing different types of businesses.

Gambling is now one of the leading sectors of investment for U.S.-based businesses in the region. Soaring numbers of Chinese and Australian tourists go to this area in order to explore the gambling venues that provide cheaper yet high-quality service to customers. However, the US investors were not the first ones to see the opportunity.

The Norwegian business sector has been represented on the market for quite some time now. They account for some of the first gambling venues across the ASEAN countries. Now, as the United States and other countries have also become active in the market.

The Norwegian operators have to use casino free spins offers and other marketing tools in an effort to attract further customers. Otherwise, the market is becoming simply too competitive.

On the other hand, this process is a great factor for the region as a whole. This means that the investment climate is gradually changing towards a more positive one. The competition that we see among gambling operators in the region today only says one thing – there is huge potential within this union and we must utilize it for the common good.

It should not come as a surprise that the U.S. private sector is committed to investing in the hospitality industry across the region. ASEAN members are some of the most attractive international tourist destinations globally.

For instance, Thailand had more than 38 million international arrivals in 2018 alone. This is an absolutely unprecedented number, pointing at the great tourism potential the region has.

As a result of the growing interest in the region from different parts of the world, the US private sector is becoming increasingly present on the market. A growing number of hotels, restaurants, bars, and international franchisees are being opened by U.S. business investors all around the region.

In fact, US investment is one of the most important reasons why the region has managed to appear on the world map as an international tourist destination that keeps growing in a sustainable manner.

Is the US business sector heavy presence a positive factor?

For the region that has struggled with poverty, corruption, high crime rates, and prejudice for decades, the investments that the U.S. private sector members are making are of utmost importance. The region is truly lucky to attract such genuine interest from U.S.businesses, particularly in the tourism and hospitality sectors.

It is difficult to foresee what will come tomorrow amid the coronavirus pandemic and its impact on the travel industry. Yet, we can be absolutely certain saying that without the United States private sector, tourism in the ASEAN region would be drastically different from what it is today.

Related Topics:aseaninvestmentMEMBERSu.s.United States
Up Next