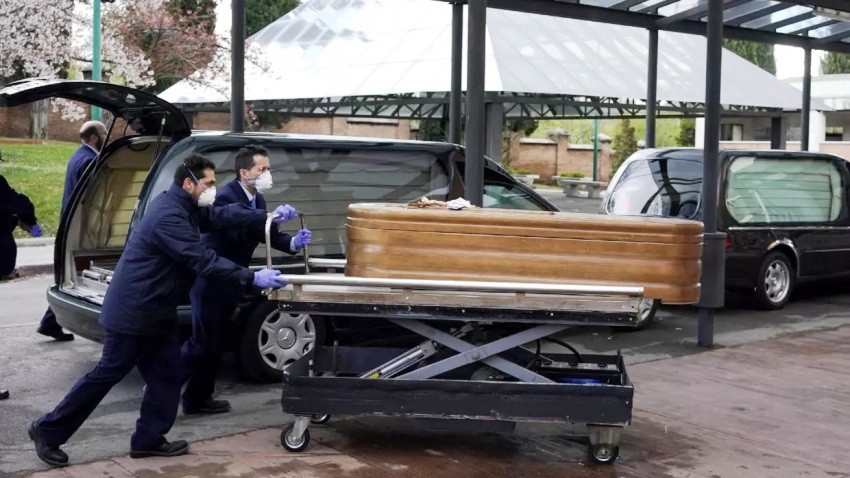 Soldiers in Spain found elderly people abandoned and dead in their beds at retirement homes according to the defence minister. News of the grim discoveries came as Spain experienced a further rise in the number of Covid-19 deaths.

On Monday, the country’s defence minister, Margarita Robles, said that soldiers had found the corpses as they carried out their duties. Soldiers have been drafted tackle the covid-19 pandemic by disinfecting and running residential homes.

“During some their visits, the army has seen some totally abandoned elderly people. Even more some who were dead in their beds,” Robles told the Guardian.

Robles said such inhumane treatment would not be tolerated and that anyone ignoring their responsibilities would be prosecuted.

“We’re going to be very blunt and implacable over this and we have a very clear message; the full weight of the law will fall on those who don’t meet their obligations,” she added.

The rising death toll has placed a strain on hospitals and funeral homes. Madrid regional health authorities have set up a makeshift morgue at the Palacio de Hielo. A large ice rink in the north-east of the capital. “This is a temporary and extraordinary measure primarily intended to mitigate the pain of victims’ families and also the situation in Madrid’s hospitals,” the regional government said on Monday.

In Spain, testing kits are being issued for frontline hospital staff, older people in care homes, and those in regions most affected by the virus. Around 12% of all those diagnosed with the coronavirus – some 3,910 people – are health workers, the government said on Monday morning.

The Spanish prime minister, Pedro Sánchez, has called on the EU to instigate a “Marshall plan” to counter the economic effects of the crisis. Also announcing that the country’s state of emergency would be extended until 11 April.

Furthermore authorities in Madrid have set up a huge field hospital inside the capital’s main conference centre. The facility at the Ifema centre, which took in its first patients over the weekend. It can accommodate 5,500 people.

The country has also been in lockdown since 14 March, with people allowed out only to buy food or medicine. And above all to seek medical help or travel to and from work.