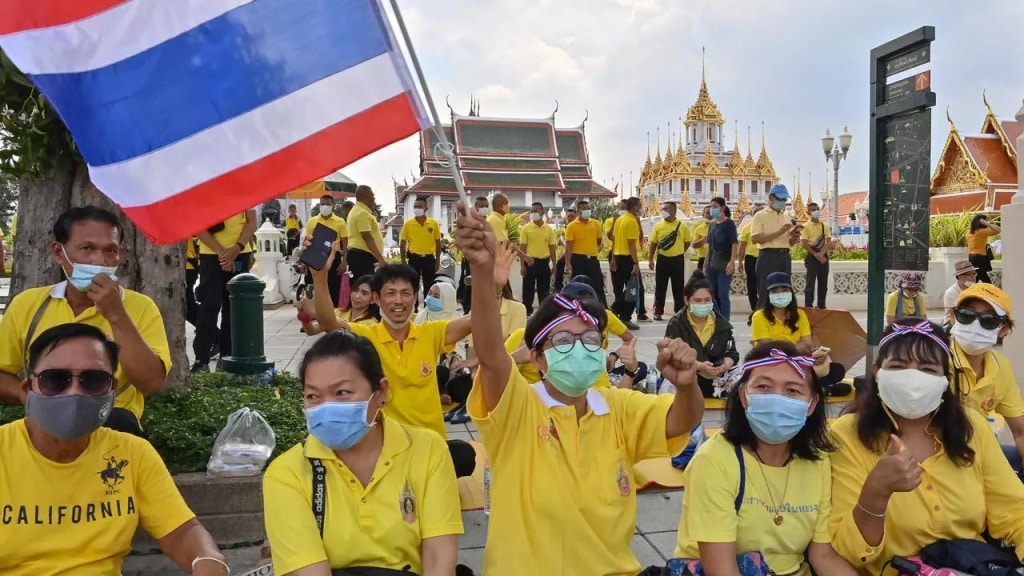 An ultra royalist group in Thailand launched a new political party on Wednesday to defend King Maha Vajiralongkorn, amid unprecedented calls for reform of the monarchy by a youth-led protest movement.

The “Thai Pakdee” (Loyal Thai) party is an offshoot of a royalist group of the same name formed last August to counter street demonstrations with rallies in support of the king.

Veteran politician Warong Dechgitvigrom will lead the new party, which he said will fight political groups whose true intention was to topple the monarchy.

“Before we defend … today we declare war, we will fight to protect the monarchy,” Warong told Reuters.

Leaders of the protest movement have rejected allegations that toppling the monarchy is their goal and have repeatedly said they want to make the institution more compatible with democracy.

Warong said the prominent opposition party, Move Forward, and its associated Progressive Movement group would be his party’s political rivals, as well as the youth-led groups that he called “the three-fingers mob”, referring to the “Hunger Games” salute they use in their campaign.

In a statement Warong said his party did not have support of any particular groups or businesses and would belong to the people. He did not name any other members, but said the election commission had been notified of its formation and executives would be selected soon.

“The formation of a party that advocates the protection of the monarchy, whether by good intention or for destroying others, could only bring the monarchy into the political sphere,” Piyabutr said on his official Twitter account.

Since she confessed during the trial, the court halved the sentence to 43 years and six months. Earlier, she had been detained for three years and nine months during the investigation before being allowed bail in 2018. That period would be deducted from the sentence when the case is closed.

Until now, the lese majeste case with the heaviest jail term was 70 years imposed by the military court on a man for posting messages and images on 10 occasions in 2015. He confessed and the sentence was halved.

Anchan (family name withheld) was arrested in 2015 for uploading clips on 26 occasions on YouTube and three times on Facebook during 2014-15. The clips were voice recordings of a man known as Banpodj (pseudonym), a hardcore critic of the monarchy who had been active on YouTube and file-sharing websites before and shortly after the 2014 military coup. She was also charged with violating the computer crime law.