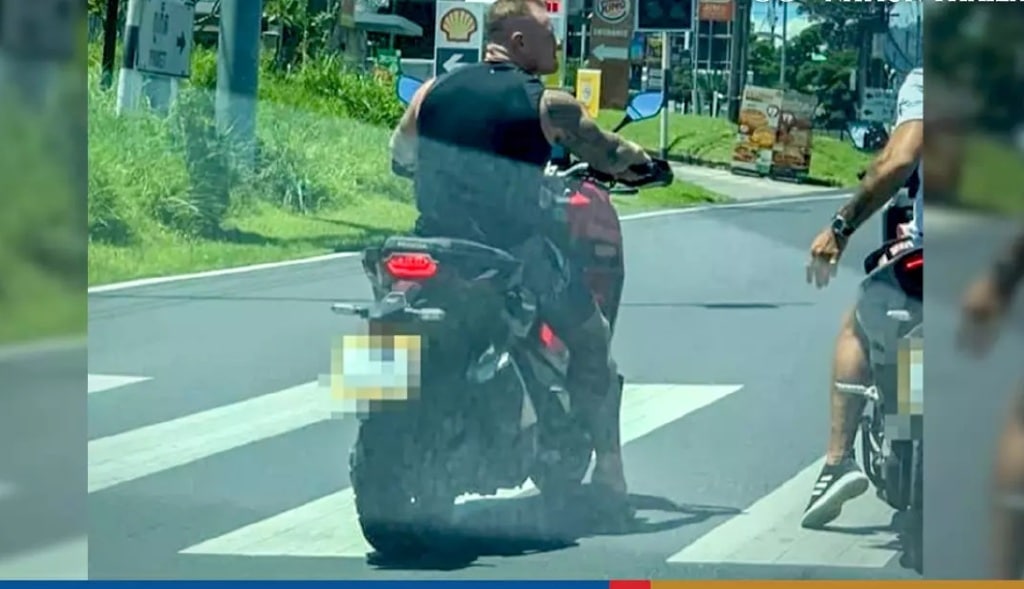 Phuket Immigration police have tracked down a foreigner after a video went viral on social media (Facebook) of him riding without a face mask or helmet.

Phuket Immigration police received information from a Facebook user that a foreigner riding a motorcycle without helmets and face masks in Wichit subdistrict in Muang district of Phuket.

Immigration police coordinated with local agencies and found the foreigner on Saturday to warn him about a THB20,000 fine if he does not wear a mask and a fine of up to THB1000 for not wearing a helmet.

The video was posted on Facebook with the caption “ignorant foreigner doesn’t wear helmet and mask. He also went through a red light. Most importantly, he lifted his middle finger at me and abused me in his native tongue after I honked at him for driving at 40km/hr in the middle lane.

Thank God, I didn’t bring my wife and kids with me.” the Facebook poster wrote.