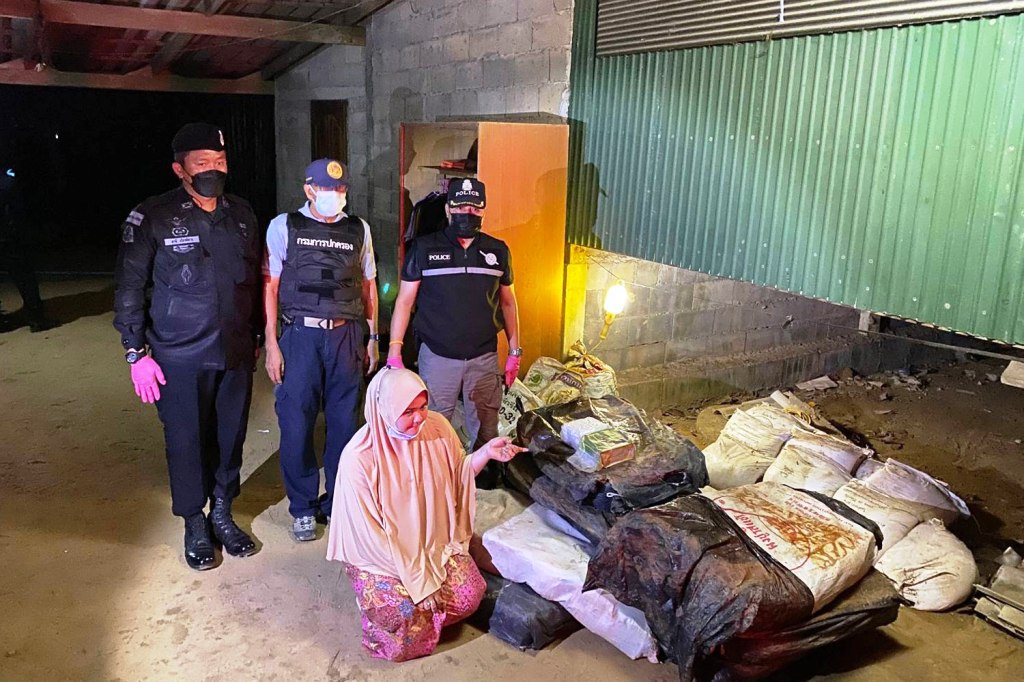 Police in southern Thailand have detained a Muslim woman after nine sacks containing 277 kilograms of crystal meth were found under her house in Sai Buri district in Pattani.

The team found nine sacks containing packages of crystal methamphetamine in a room below the house. The drugs weighed 277 kilograms in total. Ms Firadao Khami admitted to being the owner of the house. She was held in police custody for investigation.

Meanwhile, Police also seized 140 kilograms of heroin and 300 kilograms of crystal meth found hidden in a truck with a fake license plates. Provincial Police Region 4 in Bueng Kan Province reported the arrest of a drug gang with three suspects.

Officials from the Lao Luang Police Station and other related officials in Bueng Kan Province helped investigate the case leading to the arrest of the three suspects.

According to a police spokesperson the suspects used a Toyota truck to move the drugs with a stolen Udon Thani license plate. The truck was found parked near a local village in Lao Luang.

The policemen staked out the area around the truck and at 1 pm a car drove and parked in front of the truck. A man stepped out of the car and attempted to get into the truck.

Lying in waiting they jumped out and revealed themselves and demanded a searched the truck. Inside were 10 suspicious bags. The driver of the car saw officers and tried to make a run for it buy police we too fast and stopped him

The suspects along with the evidence was sent to the Lao Luang Police station waiting for prosecution.