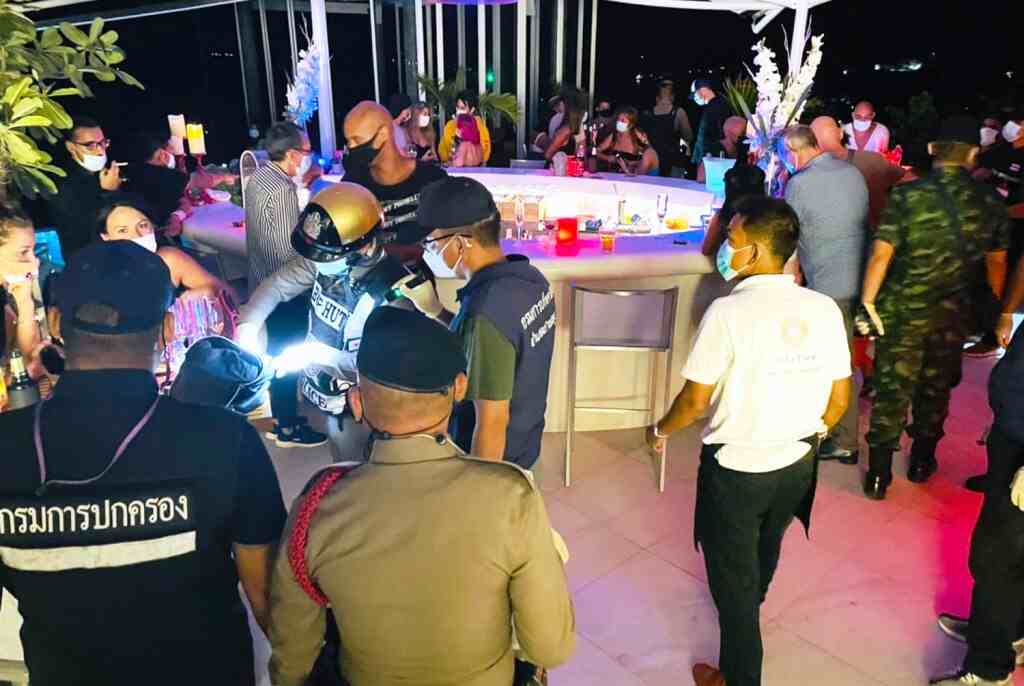 Police in Southern Thailand have arrested 27 foreign nationals and 21 Thais on the resort island of Koh Samui during a raid on a birthday party. The 48 birthday party attendees were charged with violating the emergence decree.

Koh Samui police and local officials raided a luxury residential and resort complex on the southern Thailand tourist island on Saturday around 1am.

Koh Samui police were acting on a tip-off that a large birthday party was being organised at the venue. Gatherings of more than 5 people are against the emergency decree still in effect with regards to Covid-19. Charges were also be laid under Thailand’s Disease Control Act.

According to the Bangkok Post authorities arrested27 foreign nationals (21 men and six women) and 21 Thais Nationals (three men and 18 women). Authorities seized all the alcoholic as evidence. All birthday party attendees were taken to the local police station for legal charges.

Police on the resort island have been cracking down of large gatherings to prevent the spread of covid on Koh Samui as the island reopens for foreign tourism.