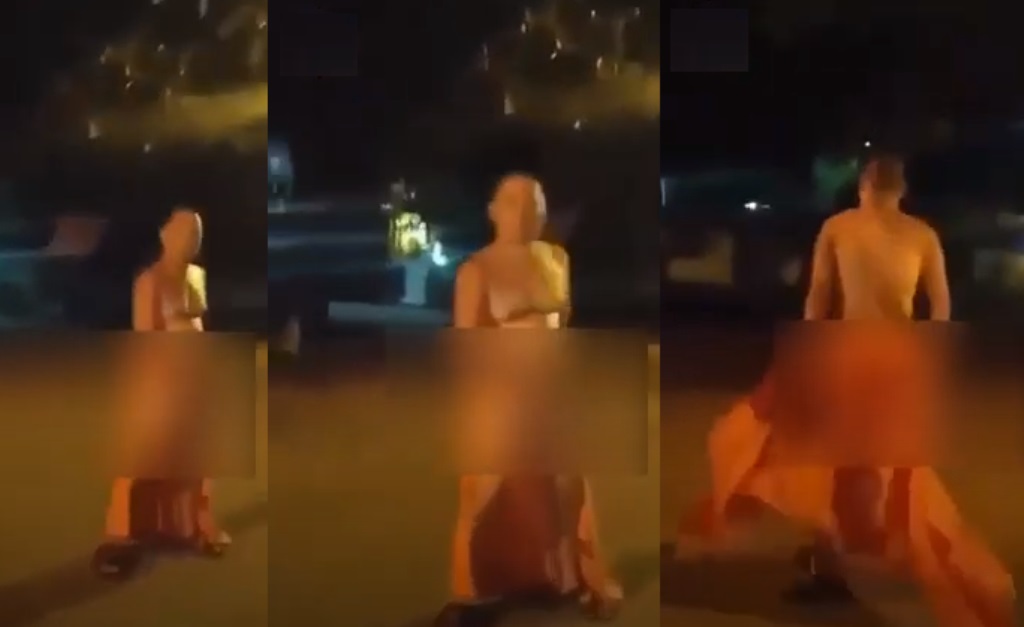 The abbot of the temple in Chiang Mai has since come out to say that the man in the photo was indeed a monk. The monk allegedly goes by the name Jane, 35, and has shown signs of being of a third gender. The abbot didn’t elaborate on his third gender comments .

However, the abbot insisted that prior to this incident there had been no inappropriate behaviour seen before. Furthermore that Jane was a very hard working and diligent member of the temple. Jane has even being tasked with caring for many administrative duties. He said that he was shocked and need thought that he would see him behave this way.

The abbot went on to say that Jane had left the temple suddenly following the exposure indecent.  The Abbot said that the temple would not take him back but whether he was defrocked or would suffer from other consequences will have to be determined following an investigation.

An abbot in northeastern Thailand has been defrocked and then arrested after trying to solicit sex from a 12 year-old girl. Udon Thani police said a mother filed a complaint alleging that the abbot had invited her 12-year-old daughter to have sex with him.

The child mother told police that when she found the video clip with the invitation on her daughter’s phone, she replied asking what he wanted.

“The sender said he would offer Bt2,000 in exchange for sex with him. I searched his name and found that he was the abbot at this temple so I notified the police,” she said. “My daughter said her friends who are in Prathom 6 also received similar invitations from the suspect.”

A preliminary investigation revealed the Abbot is a Khon Kaen local and has been a monk for 23 years. He moved to the temple in Udon Thani’s Ban Pheu district 11 years ago. He was elected abbot as the temple that has only three resident monks.

The defrocked Abbot was forced to leave monkhood and was taken to the police station. He was charged with publicizing pornographic material and attempting to have sexual intercourse with minors.