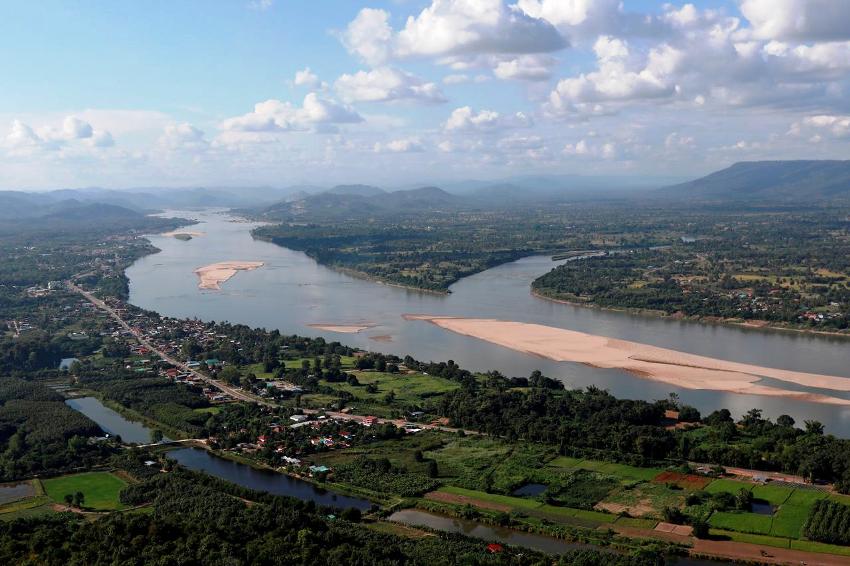 However testing was set to end on Jan. 24, water levels in the area have still not been restored, sources in the area say.

“The Mekong River water level is still low, and a long stretch of sand has emerged because the Chinese are not yet releasing water,” the owner of a floating restaurant in the town of Chiang Saen in Thailand’s Chiang Rai province told Radio Free Asia.

“The Mekong River is now low like this every year, and this has severe impacts on everyone living downstream.”

Suwit Kulapwong, coordinator of the Lower Mekong River-Esan Network, a Thai NGO, said that Thai authorities should file a complaint against China for breaking its promise to restore water flows to their previous level.

“The promise was that China would have increased their discharge of water by Jan. 25. China should treat those of us who live downstream fairly,” Suwit said. “I understand that China was holding water back for repairs, but China shouldn’t hold on to the water forever.”

“I don’t understand why the MRC and its members are so quiet about this,” Suwit said, referring to the Mekong River Commission, a Southeast Asian intergovernmental organization that works to jointly manage water resources and promote sustainable development along the Mekong.

“Besides the Chinese dams, the Xayaburi Dam in Laos also impedes water flows from Laos to Cambodia and Vietnam,” Suwit added.

The Mekong river is still dry

Authorities and residents in Bokeo province in northern Laos confirmed on Jan. 28, three days after water flows were to have been restored, that levels on the river in their area were still low.

“The water level in the province is now only two meters deep, but sometimes it goes up and down,” he said.

“The Mekong River has been dry since last month,” a villager added in Bokeo’s Hoeixay district. “All boats here have been ordered to dock due to the drought and because of the threat of COVID-19.”

Meanwhile,  Brian Eyler, Southeast Asia Program director at the Washington D.C.-based Stimson Center, said that the Mekong River’s level in Chiang Saen, predicted to be severely low by the next day, would soon begin to rise again.

“The extremely low levels might only be temporary, as China’s dry season releases are likely soon to begin again,” he said.

“Higher than normal levels of wetness in China’s portion of the upper basin are filling China’s reservoirs,” Eyler said “And for the last three years meaningful releases from Xiaowan and Nuozhadu [Dams] have begun around this time of year, raising the level of the river in the Golden Triangle and beyond far higher than its normal dry season level.”

China has been a target of criticism from the international community for its cascade of 11 mega-dams on the Mekong River, which China calls the Lancang, with the lower Mekong basin experiencing severe drought over the past year and some stretches of the river even drying up entirely.

In October 2020, Beijing agreed to share data with the MRC, as some 60 million people in Thailand, Laos, Cambodia, and Vietnam use the river for agriculture and fishing.