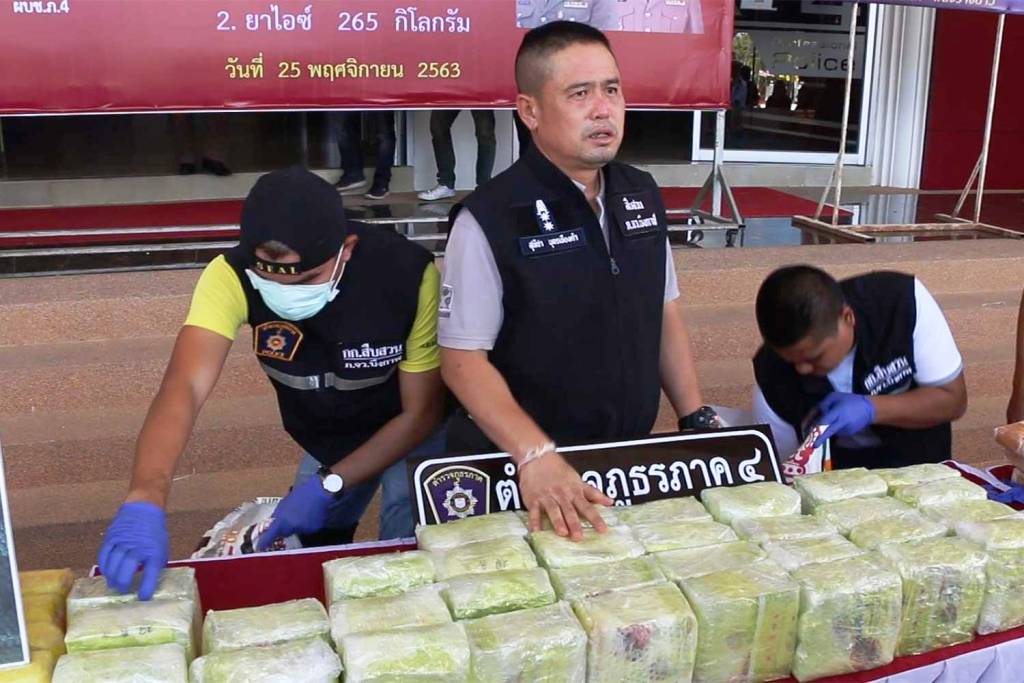 Police in northeaster Thailand have seized 8 million methamphetamine pills and 265 kilograms of crystal meth in Bung Kan province. One person was arrested, in a joint police-military operation on Tuesday night.

Pol Lt Gen Yanyong Vej-osoth, commissioner of the Provincial Police Region 4, said there were two separate operations, both based on intelligence reports

A team of police and soldiers had spotted a car stopped at a boat landing on the Mekong river in tambon Khok Kong, Muang district. Three or four men were loadng sacks from the river bank into the car.

The patrol moved in to investigate and the men fled into the night. They managed to detain one of them, Boontham Rakthong. Eight sacks containing 3 million methamphetamine pills were found in the car.

About the same time, another patrol followed a pickup truck along Highway 212. When the pickup stopped near Ban Kham Muen in tambon Khaisi of Muang district, a group of men appeared from the roadside and loaded some boxes onto the vehicle.

When the patrol moved in to investigate, the men fled. They left behind 5 million meth pills and 265kg of crystal meth, or ice. Pol Lt Gen Yanyong said the drugs were believed to be destined for the South.