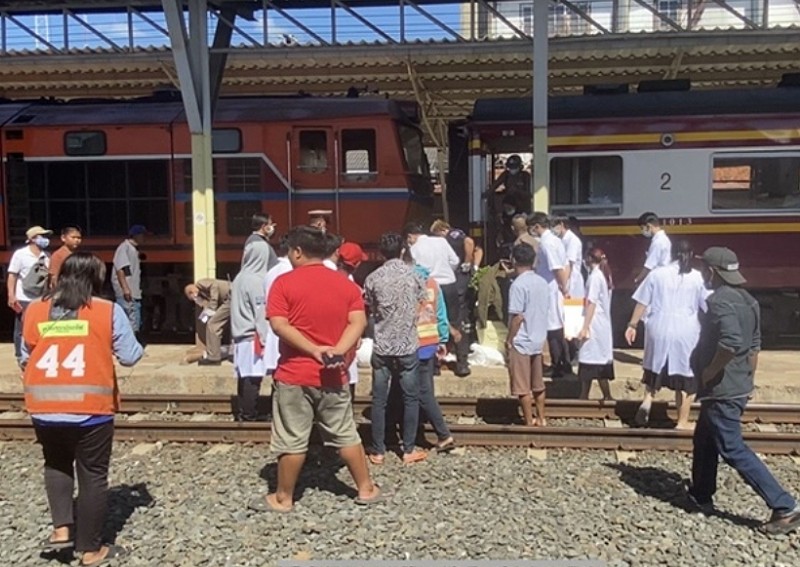 A 55-year-old Thai monk in northeastern Thailand was killed after stepping into the path of a moving train in Si Sa Ket province at 10.30am on Tuesday. Police reported that the monks body was dismembered by the accident, at a provincial train station. Passengers at the station were shocked and horrified by the event.

Eyewitnesses said the monk jumped on to the tracks and stood still with his arms wide open as the speeding train hit him. They said there was no time to save the man. Police are investigating the case, but no motivation has been offered for the suicide.

Thai Monk was Stomped to Death by a Wild Elephant

A Thai monk was stomped to death by a wild elephant on his way to collect alms in central Thailand on Tuesday morning. National park officials, found the dead body of the Buddhist monk with fractured legs and a broken skull.