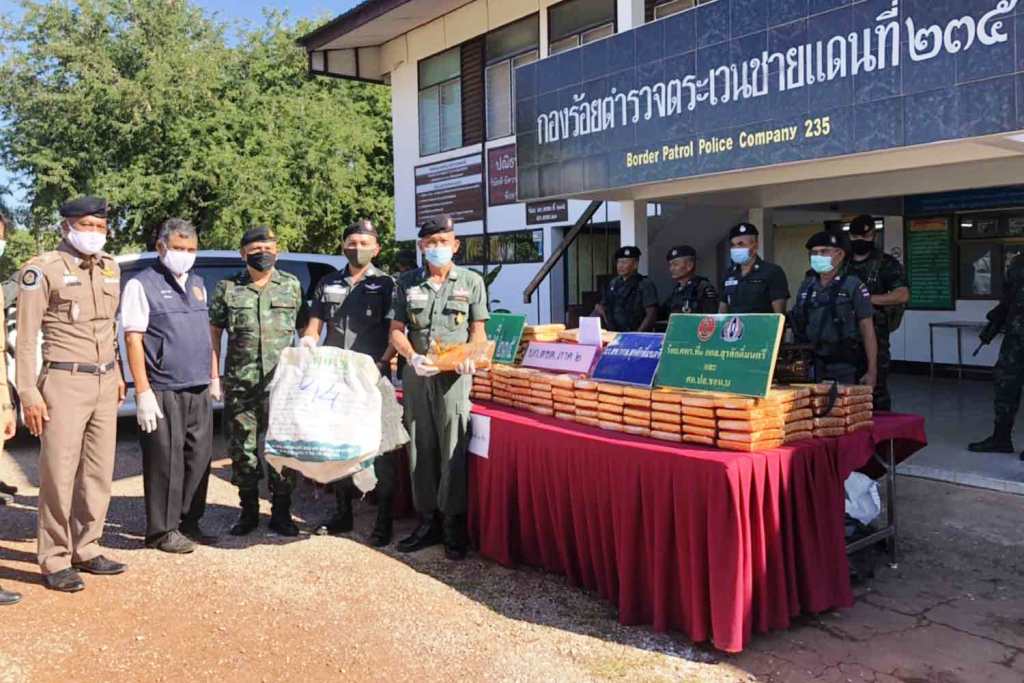 On October 28th, border patrol police seized 556,000 methamphetamine pills and 138 kilograms of compressed marijuana in That Phanom district. Border Patrol intercepted a pickup on a road near the Mekong river.

As the truck was forced to a halt, four men fled from it. They left behind three fertiliser sacks containing 556,000 meth pills and four other sacks with 138 kilograms of Marijuana.

Police also believed that the meth pills were to have been delivered from Myanmar to Laos. They were then smuggled by long boat across the Mekong river into Northeastern Thailand.

Police also said the detour was necessary because the borders with Myanmar in the North Thailand had been sealed to stem the spread of the coronavirus.

More than 3 tonnes of high grade marijuana from Laos has been seized in Nakhon Phanom during the past month.

Thailand, legalized medical cannabis (Marijuana) in February of 2019. Thailand acknowledges it’s a first-mover advantage and also keeps making quick adjustments to the jurisdiction, in order to secure its edge in developing the cannabis sector in the ASEAN.

Countries in the region, like Hong-Kong, South-Korea, Singapore and Malaysia, have already stated their interest in importing high-quality medical cannabis.