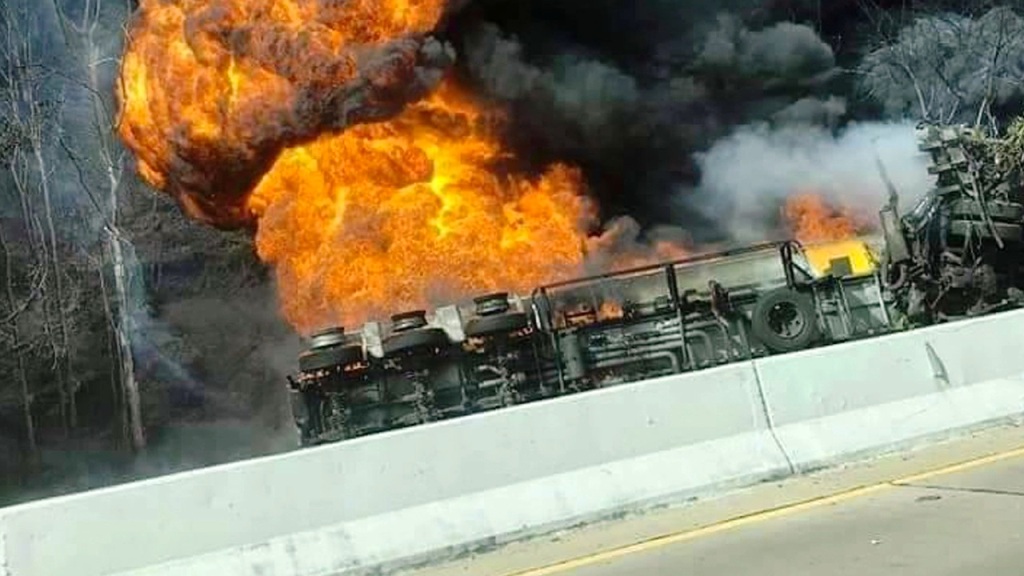 A fuel tanker truck crashed and overturned then burst into flames, killing the driver, in Northern Thailand’s Lampun on Sunday, police said.

Police investigator, said the accident occurred at about 10.30am while the fuel tanker was heading downhill from Doi Khun Tam mountain heading for Lamphun.

Police and firefighters found the fuel tanker engulfed in flames. The body of the driver, identified later as Mr Nikom Kamchan, 59, was found near the wreck. A passenger car was also severely damaged after being hit in the rear by the lorry.

Ms Patcharin Somsawan, 29, said she was driving her car downhill and negotiating a bend when the fuel truck slammed into to her from behind before flipping upside down. Patcharin, who was unhurt, suspected the fuel truck might have suffered brake failure. Police in Lampun were investigating to establish the cause of the accident. Last week, a fuel tanker carrying 40,000 liters of fuel crashed into an 18-wheel trailer truck and exploded in flames in northeastern Thailand. The explosion set fire to nearby buildings and vehicles and also injured many people.

As the chaos spread, more than 50 fire engines were rushed the scene. Ambulances ferried many injured people to hospital in northeastern Thailand’s Buri Ram.