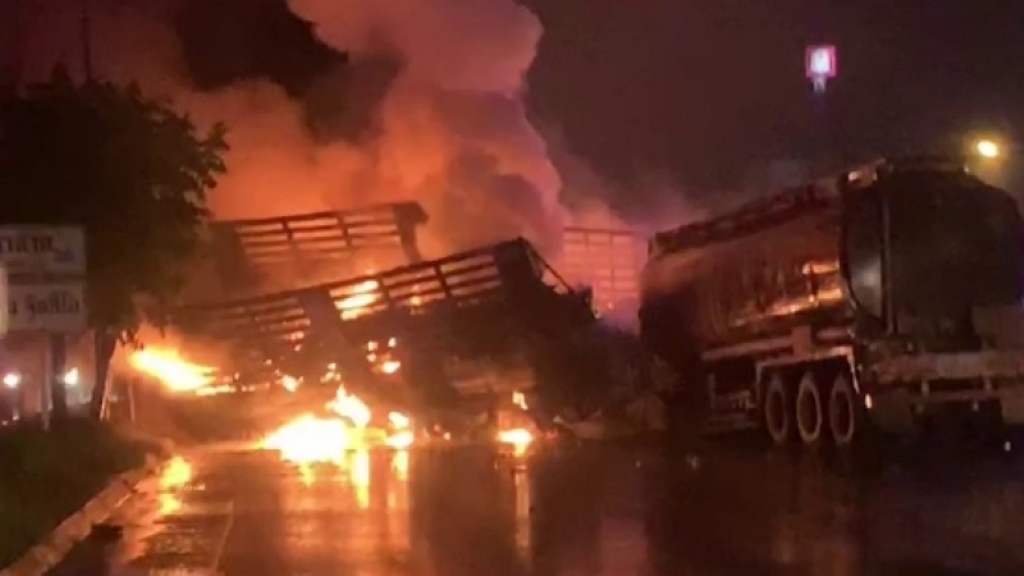 A fuel tanker carrying 40,000 liters of fuel crashed into an 18-wheel trailer truck and exploded in flames in northeastern Thailand. The explosion set fire to nearby buildings and vehicles and also injured many people. As the chaos spread, more than 50 fire engines were rushed the scene the Bangkok Post reports. Ambulances ferried many injured people to hospital in northeastern Thailand’s Buri Ram. 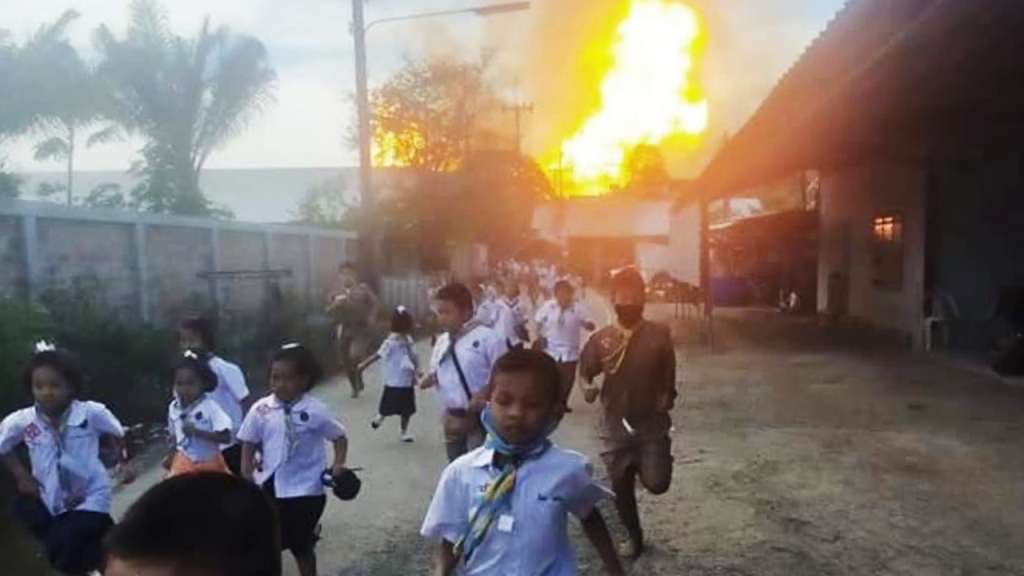 Meanwhile, two elderly women have been killed and 52 people injured after a PTT gas pipeline explosion happened south of Bangkok on October 22nd. People ran in panic from nearby homes, some of which were also engulfed in flames. Students also fled in fear from an adjoining school.

Police said the gas pipeline explosion was on 200 Years Road, opposite Preng police station in Bang Bo district of Samut Prakan. Flames also quickly spread, and residents of nearby houses fled to safety. Other residents were evacuated by local police.