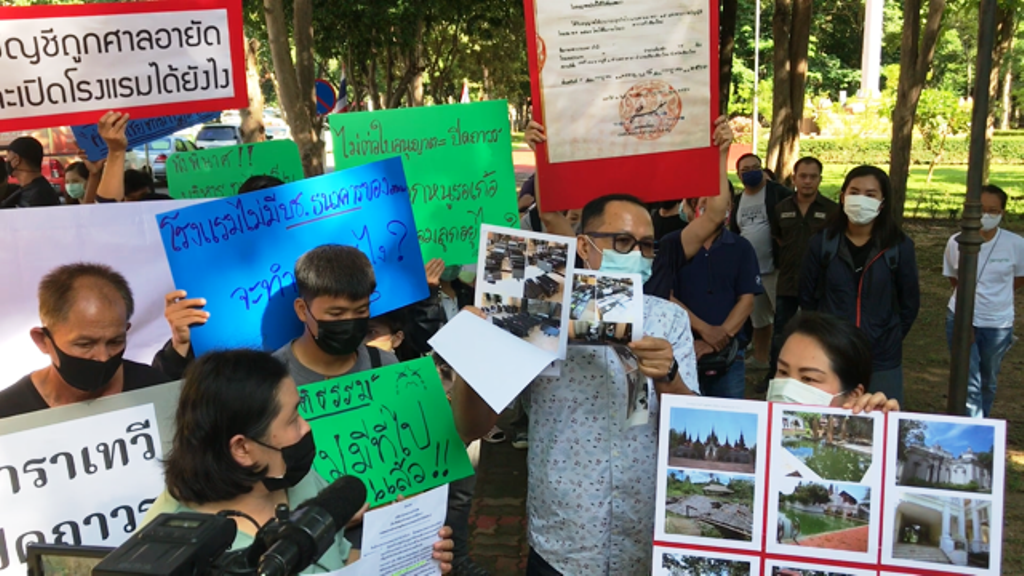 Employees of Northern Thailand’s famous Dhara Dhevi hotel asked the Chiang Mai deputy governor to help them get their wages.Their requests come following the closure of the hotel which has allegedly cost 300 employees nearly 100 million baht.

According to hotel employees, not all of them have been compensated fairly. Even though they are still hired by the hotel, and have been throughout the pandemic. The hotel employees say that the hotel is using various tactics to avoid payment.

According to CityNews the hotel no longer has its operating license, which expired on 8th July of this year.

Employees allege the hotels computer equipment, furniture as well as many physical assets have been confiscated by debtors. They have also said the famous Chiang Mai Hotel is in a bad state of repair.

The Dhara Dhevi hotel has announced that it is reducing its payment to employees due to the COVICD-19 situation. However, employees say that that is a disingenuous claim. Because the hotel had already been rolling back on payment since January. Before the covid-19 pandemic hit Thailand and closed tourism.

According to the complaints, as of January, only 50% of salary was paid, February 25% and March 10%, with no payment since. Employees say that recently they were promised 75% of their salary. This was to go into affect two months ago, but have again they have been disappointed.

A representative of the group said that only 100 out of the 300 employees came to complain. Because most had to return home or seek work elsewhere. He himself, the manager of the Fujian Restaurant, is owed three million baht.

She said about 20,000 rooms have become available since hotels began reopening July 20. But average occupancy of 15 percent remains far below the breakeven point. About 70 percent of hotels simply have remained closed. Because it costs more to open than keep the doors locked, she said.

The government has poured billions of baht into subsidized schemes to boost domestic tourism, but they have had little impact, Laied said.