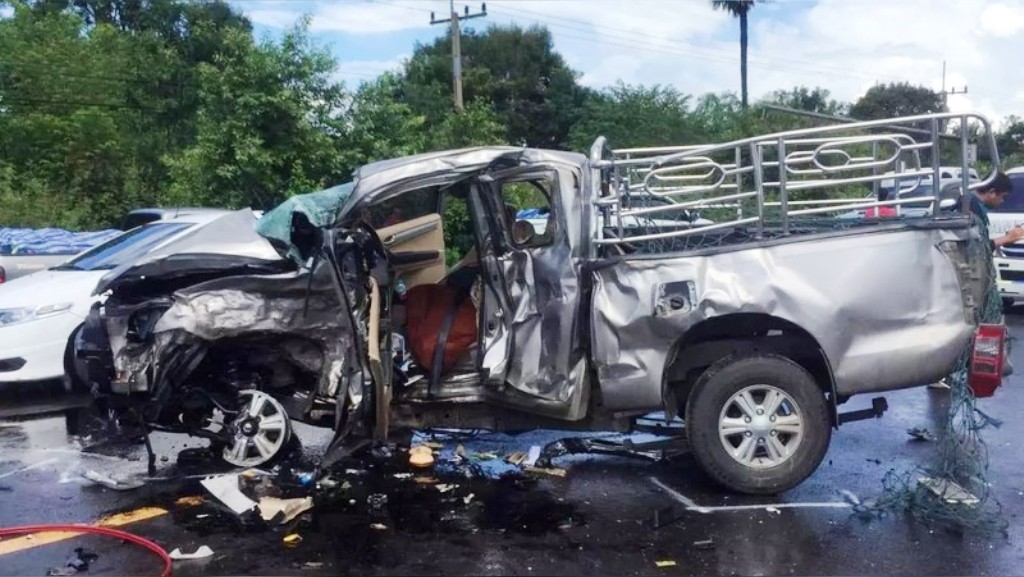 The vast majority of those deaths — 73% — are riders of motorcycles, which have exploded in numbers over the past few decades to become the most popular form of transport for most households in the country.

Meanwhile, The Office of Insurance Commission (OIC) and the Department of Land Transport (DLT) will share real-time data on compulsory car insurance this year, aiming to reduce the number of uninsured vehicles on the road, especially motorcycles.

Both state agencies signed a memorandum of understanding to co-develop an IT system to more efficiently track compulsory insurance.

The DLT can also check the compulsory insurance purchase status of a registered vehicle from real-time data connected to insurance companies through the platform.

Furthermore owners of vehicles without compulsory insurance will not be able to pay taxes to renew their vehicle registration. The exact number of uninsured vehicles on the road is unknown and most are likely motorcycles.

Compulsory insurance in Thailand has been in place for 27 years under the Road Accident Victims Protection Act. Itrequires owners (and renters) of all vehicle types to buy insurance. Above all to protect and provide assistance to the victims of motor accidents.

Since April of this year, the protection for compulsory insurance covers 500,000 baht for accidents that cause deaths. In the case of permanent disability (and the victim is in the right); the compensation is 500,000 baht (up from 300,000 baht earlier).

The insurance premium for an electric-powered motorcycle is 300 baht a year.

Compulsory insurance for cars seating up to seven people starts at 600 baht a year for both gas-powered and electric cars.