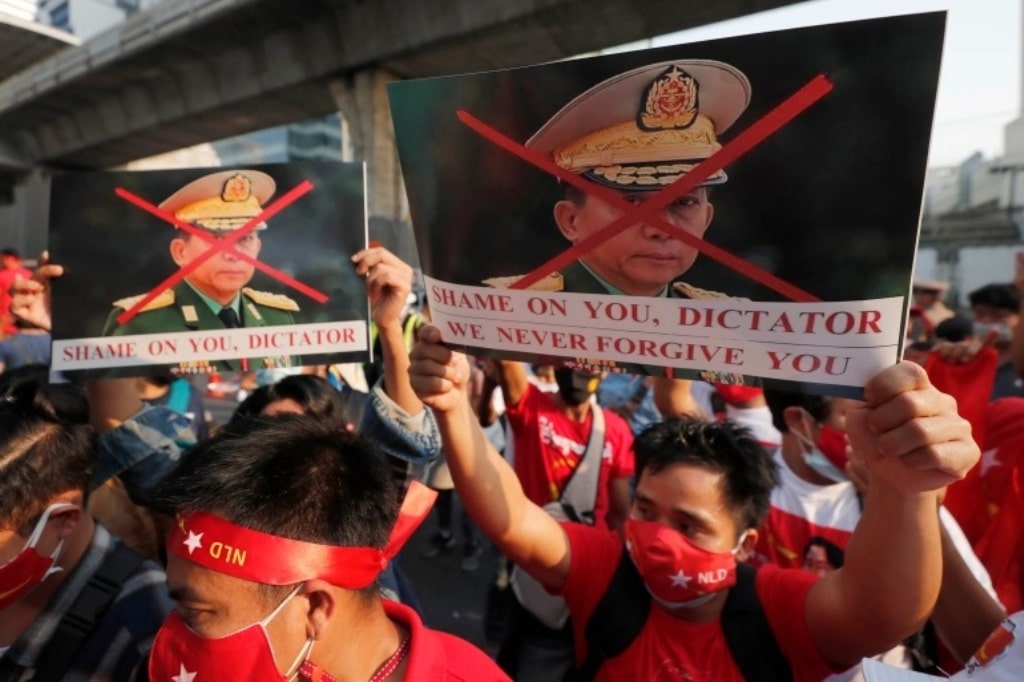 Myanmar’s military junta on Friday refused to allow a UN Special Envoy visit, after she arrived in Bangkok in hopes of dialogue to resolve the crisis in the country.

Christine Schraner Burgener, the UN special envoy for Myanmar, is on a tour of ASEAN countries aimed at charting a path out of the turmoil engulfing Thailand’s neighbour.

“Just arrived in Thailand for talks. I regret that Tatmadaw (Junta) answered me yesterday that they are not ready to receive me. I am ready for dialogue. Violence never leads to peaceful sustainable solutions,” Schraner Burgener said on her official Twitter account.


The rebuff comes amid growing international concern at events in Myanmar, which has been rocked by daily protests since the military ousted civilian leader Aung San Suu Kyi and seized power in February.

Ms Schraner Burgener is starting her trip in Thailand and will also visit China, though the exact details and timing have not been confirmed.

UN officials say the envoy wants to travel to Myanmar for face-to-face meetings with the generals, but a junta spokesman ruled it out. “We have not permitted this. We also have no plan to allow it at this moment,” spokesman Zaw Min Tun told Reuters.

At least 614 civilians have been killed in the military’s crackdown on protests and nearly 3,000 arrested, according to the Assistance Association for Political Prisoners, a local monitoring group.

There was more bloodshed on Friday, with rescue workers reporting at least four people killed in the early morning when security forces broke up protest barricades in the city of Bago, 65 kilometres northeast of Yangon.

UN rights officials say the military is making increasing use of heavy weaponry including rocket-propelled and fragmentation grenades, heavy machine guns and snipers.

The military insists it is responding proportionately to what it says are violent protesters.


At a news conference in the capital Nay Pyi Taw, officers displayed guns they said were seized from demonstrators.

An Asean summit on Myanmar is scheduled for the end of this month, but diplomats say the bloc is deeply divided over the crisis.

At one end, there are Thailand, Laos and Cambodia, who are in the mode of ‘back off, there’s nothing to see, it’s a question of internal politics,’” one diplomat said, while Singapore, Malaysia and Indonesia are open to a more active role for the 10-country bloc.

But in a further sign of discreet but growing diplomatic outreach, there have been reports that China has opened contacts with the CRPH, a group representing the ousted civilian government.

The junta has declared the CRPH an illegal organization and charged its international envoy with treason for encouraging a civil disobedience campaign.

A foreign ministry spokesman in Beijing acknowledged that China was in contact with “all parties” as part of efforts to restore stability.

“The purpose is to play the role of promoting peace and discussion, promoting the cooling of the situation and maintaining stability in Myanmar, resolving differences through dialogue and consultation, and continuing to drive the process of democratic transformation,” the spokesman said in an email in response to questions from Reuters.

Unlike Western countries, China has not condemned the army takeover, saying only that it hoped for stability in a neighbouring country where it ranks as the dominant trading partner and a major investor.