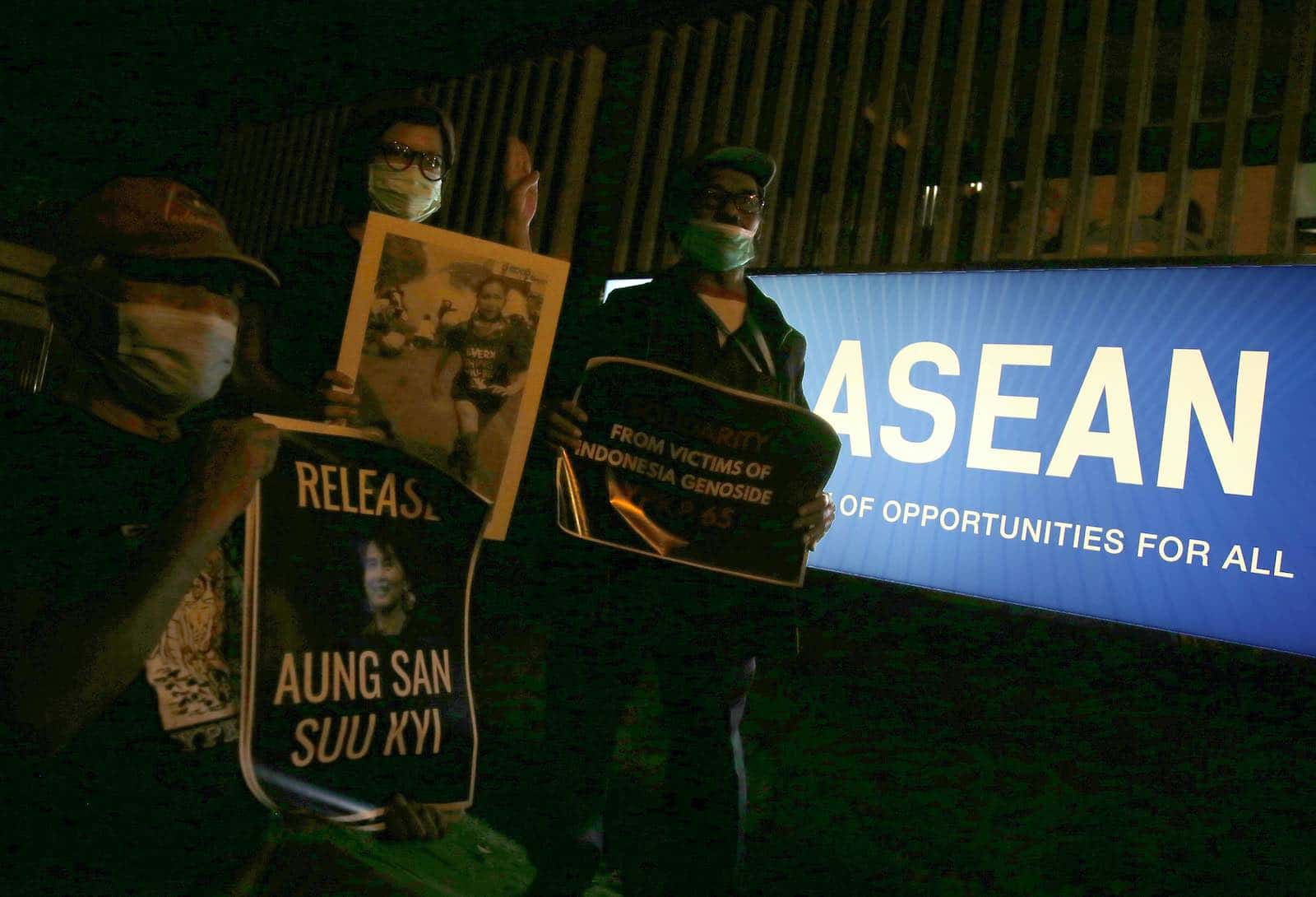 Junta leader Min Aung Hlaing’s junta has moved to quell mass protests against its rule, killing at least 730 people according to a local monitoring group.

Min Aung Hlaing’s invitation to the meeting of the 10-country Association of Southeast Asian Nations has drawn scorn from activists who have urged foreign leaders not to formally recognise the junta.


Moe Zaw Oo, deputy minister of foreign affairs for the parallel “national unity government” — formed Friday by ousted lawmakers mostly from Suu Kyi’s party, as well as ethnic-minority politicians — said ASEAN had not reached out to them.

“If Asean wants to help solve the Myanmar situation, they are not going to achieve anything without consulting and negotiating with the NUG, which is supported by the people and has full legitimacy,” he told Voice of America.

One of ASEAN’s main mandates is to promote regional peace and stability through abiding respect for justice and the rule of law in the relationship among countries in the region and adherence to the principles of the United Nations.

“It’s important that the military Junta is not recognized. This needs to be handled carefully.”

Unrest continued across the country on Sunday, with protesters rallying in Mandalay, Meiktila, Magway and Myingyan, showing support for the national unity government.

The Myanmar military overthrew the civilian government led by Aung San Suu Kyi and the National League for Democracy (NLD) on Feb 1. Protests against the coup continue across Myanmar and over 700 people have been killed during the crackdown.