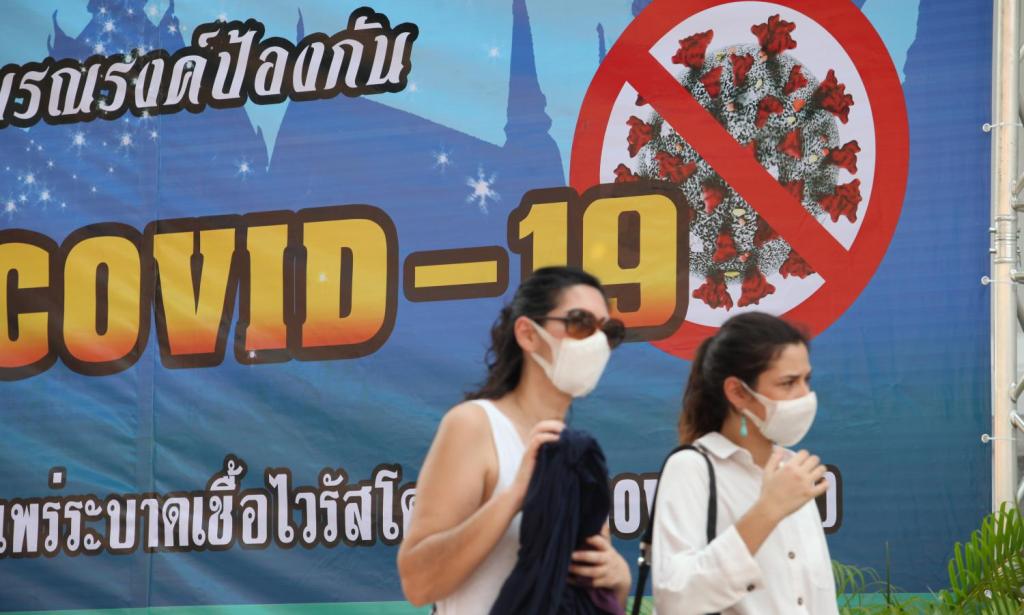 Thailand’s Prime Minister has told the Public Health Minister to prepare for lockdowns if covid-19 cases spirals out of control.

Gen Prayut said on Monday that public health officials were randomly testing migrant workers as far and wide as possible. “Everyone shares the responsibility for this mistake,” he told the Bangkok Post.

He said everyone should cooperate with the government and health authorities in containing the spread of Covid-19 among migrant workers “or else a lockdown will become unavoidable”.

The prime minister also said he wanted to spend seven days to assess the Covid-19 situation to decide whether the New Year countdown should be held or not, as well as Children’s Day. He also asked the public not to panic and hoped the situation would improve after seven days.

He added that the Public Health Ministry had assured him at its morning briefing that the situation was still under control.

Dr Taweesilp Visanuyothin, spokesman for the Centre for Covid-19 Situation Administration (CCSA), says the ministry will present its proposals at its next meeting with the premier.

However, Dr Taweesilp said it was still impossible to decide whether New Year celebrations should be called off as part of the effort to contain Covid-19.

Information compiled over the past two to three days about the outbreak in Samut Sakhon still wasn’t sufficient to predict the situation during the upcoming holiday season, he said.

“It will probably take about seven days to tell, around Dec 28, so, it’s very hard to say at this point if celebrations should still be on or not,” he added.

The CCSA recorded 382 new covid-19 cases on Monday, 360 of whom were migrant workers, as health authorities sped up screening migrant workers in Samut Sakhon potentially linked with the province’s central shrimp market, a new virus hotspot.

Fourteen new local transmissions were also recorded on Monday — one in Ayutthaya, two in Nakhon Pathom, three in Samut Prakan, five in Samut Sakhon, two in Bangkok and one in Tak, said Dr Taweesilp, and all 14 were linked with the shrimp market.

The number of infections linked to the Samut Sakhon outbreak was likely to keep rising, he warned, given the fact that most Myanmar workers lived together in the same apartments. The results of about 2,600 tests are still pending.

Health authorities now aim to test a further 10,300 migrant workers believed to be linked with the infected workers, he said.

Thailand’s Public Health Ministry has now adopted lockdown measures which have proved so successful among migrant workers in Singapore. Apartments where they live are being turned into makeshift quarantine centres. This approach should contain the spread of the virus, said Dr Taweesilp.

In Uttaradit, governor Phon Damtham said on Monday that among the new infections was a 48-year-old vendor who visited Samut Sakhon on Dec 3, 10 and 17 to buy seafood.

The woman heard on Saturday of the outbreak from the owner of a seafood shop in Samut Sakhon, Thailand whose daughter was infected.

She tested positive the next day after she began to develop a fever, said Mr Phon, and a second test on Monday confirmed she had Covid-19.

Tips on Managing Arthritis that Will Help in Your Daily Life

CoolSculpting vs SculpSure, and Do They Actually Work?