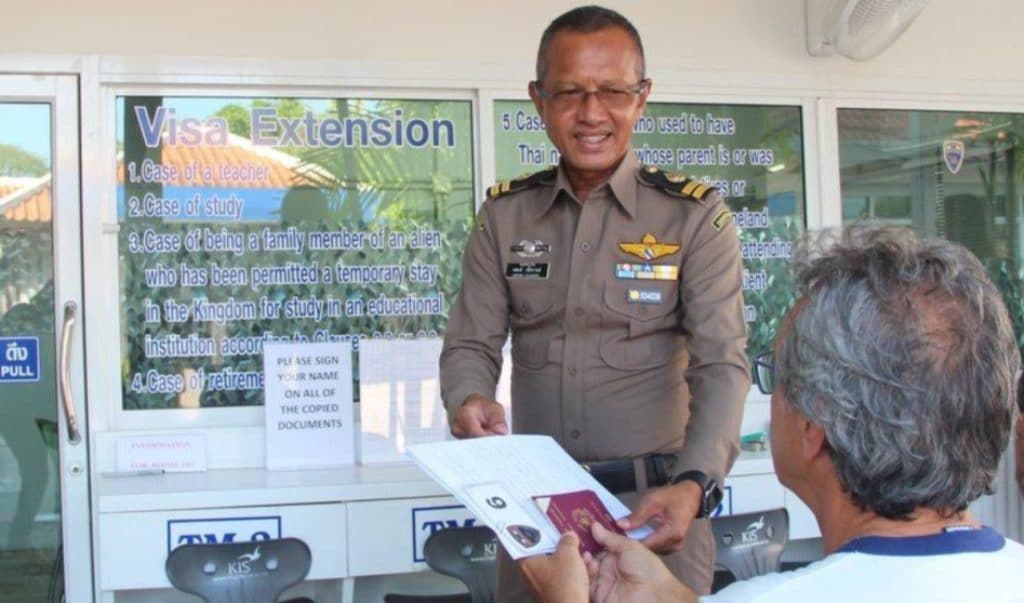 Thailand’s Immigration Bureau is looking into revamping of its visa rules to make it easier for expats and long-term tourists to stay in the country. A strategy to boost investment and tourism revenue once the pandemic eases.

The proposed changes could mean foreigners would no longer have to file 90-day reports of their whereabouts — a deeply unpopular requirement, particularly now that the online filing system has been down for more than a month.

Expats trying to file online have been greeted with a flashy animation painting the immigration service in a glamorous light, followed by a simple text message that the system is “temporarily closed for maintenance”. No further information is given, including when the system might be repaired.


Hotel staff have also been frustrated because the TM-30 reporting system has also been down.

“Immigration rules are the key pain point” for foreigners working in Thailand, Chayotid Kridakorn, 54, a former head of JPMorgan Securities (Thailand) who’s leading a government task force to smooth investment into Thailand, said in a phone interview the Bangkok Post. “We want to make it easier for foreigners to live and work in Thailand.”

Authorities contend that making it easier for foreign companies to bring in skilled workers and for western retirees to stay in Thailand will boost the economy, which suffered its biggest contraction in more than two decades last year.

Gross domestic product growth won’t return to pre-Covid levels until the third quarter of 2022, according to the Bank of Thailand.

A detailed framework to boost investment and tourism will be proposed to the government’s economic panel within a month, Mr Chayotid said. Plans include improving regulations on immigration, visa applications and work permits for foreign experts, including relaxing the requirement for foreign workers to report their whereabouts to authorities every 90 days.

The framework also will include inducements for foreign investors such as corporate income-tax cuts, relaxed property-holding rules and incentives for retirees and start-up companies.

Mr Chayotid, an adviser to Deputy Prime Minister Supattanapong Punmeechaow, said he aims to attract one million retirees or pensioners to Thailand in the next few years. Expats he claims could contribute as much as 1.2 trillion baht to the economy each year.


Thailand has seen foreign direct investment tumble more than 50% in the past five years to about 361 billion baht in 2020 as investors were deterred by factors including periodic political uncertainties, low growth prospects due to an aging society and a labour shortage. Foreign tourist arrivals into Thailand plunged to 6.7 million last year, the lowest level in at least 12 years, after the country closed its borders to contain the pandemic.

Areas that need immediate improvement include visas and regulations that prevent Thailand from gaining more value from foreigners and foreign workers, Governor Sethaput Suthiwartnarueput said in a March speech that was posted recently on the central bank’s website.

Other points from the interview with Mr Chayotid:

“If we don’t fix this now, it will be too late to upgrade our investment,” Mr Chayotid said. “We don’t want to be left behind and die with old technology.”