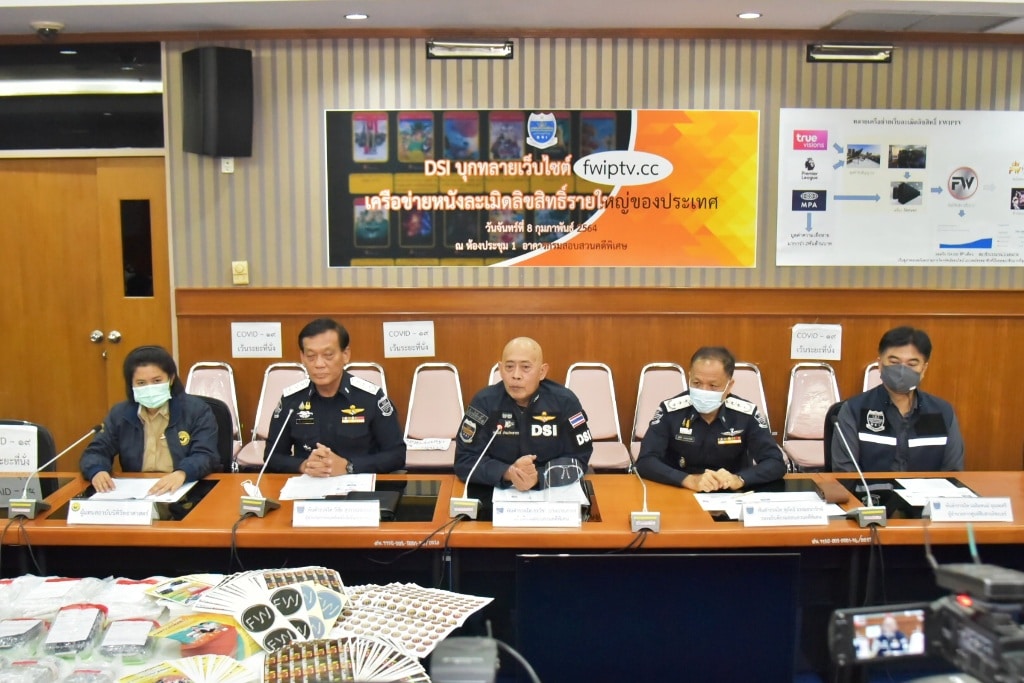 He said DSI officials and police broke into four properties in Nonthaburi and one in Nakhon Pathom. Among items seized were 100 receivers, decoders, satellite dishes, computers, notebooks, hard disks and mobile phones.

The equipment is thought to have been used for streaming pirated copyrighted movies and content on the website fwiptv.cc, which has now been taken down, CTN News reported. DSI Police said those believed to be the central figures in the operation were not present. Consequently DSI officials were only able to arrest technicians hired to run the pirated movie operation.

The arrested technicians were not immediately charged but were being held for further questioning.

The website has operated since 2012 and grown to become Thailand’s biggest broadcaster of pirated films and sport, including English Premier League football.

It charged subscribers 300 baht a month, or 3,000 baht a year, and has more than 720,000 views per month. This caused losses of 2 billion baht (US$66.7 Million) to the owner of the copyrighted content, said Pol Lt Col Korawat, citing information provided by licensed content providers.