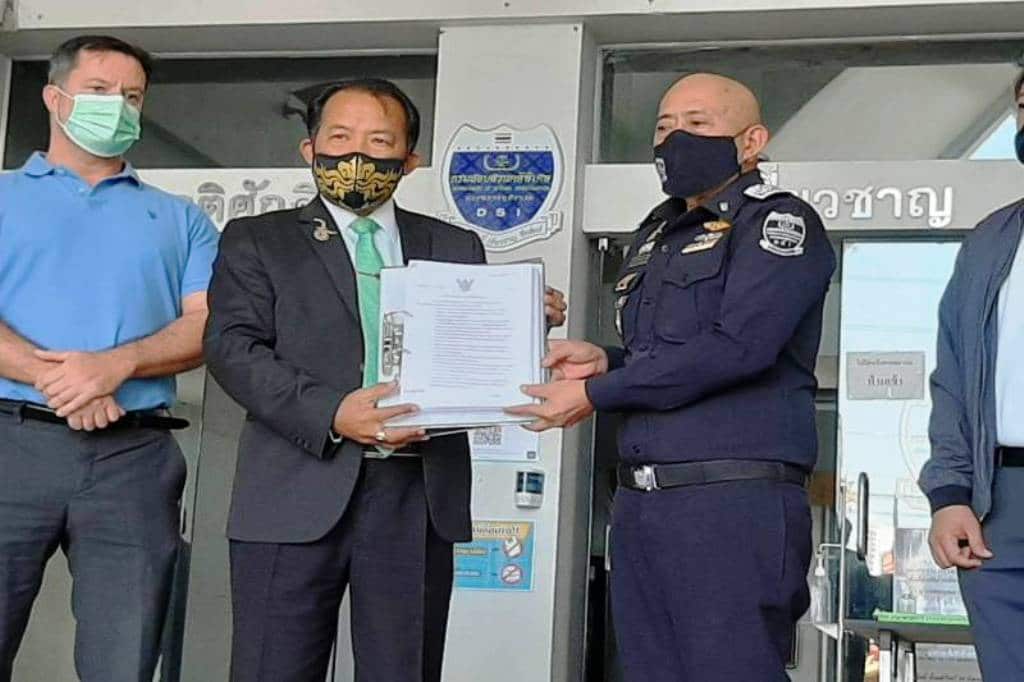 The Department of Special Investigation has been asked by foreign buyers to investigate alleged fraud in a housing project in Phetchaburi province, with about 100 foreigners claiming damages totaling $US 66.5 Million.

The petition was filed with the DSI on Wednesday by Srisuwan Janya, president of the Stop Global Warming Association.

Mr Srisuwan was accompanied to the DSI office by a Russian man, Rusan Ataev, and a British man, Marcos Hurst, he said were among the damaged parties.

He said the housing development at issue, the Phetchaburi Park Project, was built on 21 blocks of land covering 555 Rai, one Ngan and 49 square Wah. The land title deeds were in the form of Nor Sor 3 documents.

However, he had found that 99% of the land was inside the Payang Hak-Khao Pum national forest reserve. Even more the land title deeds were issued after the land was declared part of the reserve. Therefore, he believed the land documents had been unlawfully issued.

Mr Srisuwan said officials from the Phetchaburi-based 10th Forest Resources Office went to examine the housing project land on July 17, 2020. They reported to the director-general of the Royal Forest Department that the land was part of the national forest reserve in Phetchaburi province. The land documents were subsequently revoked, he said.

About 100 foreigners had paid in full to buy land and houses in the project, causing them about $US 66.5 Million in total damages, he said. Mr Hurst said he had been in Thailand for 10 years and was now living in Pattaya.

Six years ago he saw an advertisement for the Phetchaburi Park housing project, which catered to foreigners. He decided to buy a block of land with a house for 3 million baht, but never went to the construction site.

He had previously bought a condominium unit, and thought he would be eligible for the owning land.

When the construction was completed, he learned that, as a foreigner, he was not eligible to own land in Thailand. The company which ran the project also accepted this fact and offered to buy back the property.

But soon afterwards the company was closed down, and he did not know how to claim payment for the damages. This led him to seek help from Mr Srisuwan, who turned to the DSI for help, Mr Hurst said.

By checking the registration of the company, he found that British and Russian nationals held 98% of its shares and the rest were held by Thais. The project was advertised on websites abroad, he added.

Pol Lt Col Korawat Panprapakorn, the DSI director-general, said his office would check with the Royal Forestry and Land departments to find out whether the Nor Sor 3 land title deeds for the project had been legally issued.

Since the alleged fraud involved as much as $US 66.5 Million in damages and the encroachment of 555 rai of land, it was possible the DSI could accept it as a special case for further legal action, he said.

Student Arrested for Selling Explicit Photo’s of Children on Twitter