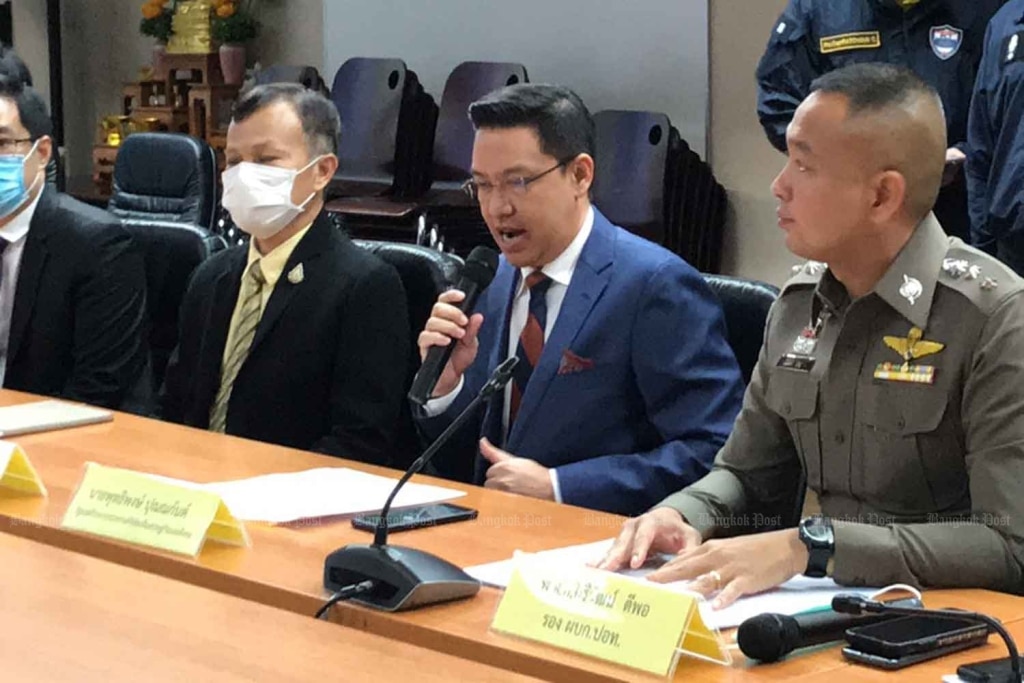 Thailand’s cyber cops are trolling a Facebook group “Let’s Move Abroad” that sprang up out of frustration over the government’s handling of the Covid-9 pandemic.

However according to the Digital Economy and Society (DES) Ministry, political content and posts about highly sensitive issues which are alleged to be in violation of the lese majeste law have also been spotted.

DES Minister Chaiwut Thanakhamanusorn said the ministry’s working panel is keeping an eye on the new Facebook group and has been instructed to take legal action against any illegal content when necessary.

He said most of the content generally provides useful information about studying and living abroad, which is a good thing and should be encouraged.

Several state agencies, including the Education Ministry and the Ministry of Higher Education, Science, Research and Innovation (MHESI) are ready to support any Thais seeking to pursue study or a career overseas.

However, he admitted that several posts, while offering tips, were deemed to have a political agenda, with a perceived intent to cause divisions and offend the royal institution.

“I’ve ordered the working panel to regularly review the content and take legal action if need be,” he said.

Mr Chaiwut urged group members not to share information or advice that could affect ties between Thailand and other countries, such as how to evade immigration checks.

He also warned Facebook users to be wary of scammers preying on people seeking jobs overseas, saying the Labour Ministry received more than 1,500 complaints during 2018-2020.

The “Let’s Move Abroad” page has caught the attention of some countries in which members have shown an interest.

The Swedish embassy in Thailand posted a message saying why Sweden is a potential destination.

“Are you dreaming about moving abroad? Here are a few reasons why Sweden should be considered — strong labour rights and protection, gender equality, innovations appreciation and social welfare for all.”

The Australian embassy in Thailand also jumped on the bandwagon.

“Before joining #TeamAustralia, let’s get to know some slang the Aussies use. Our page will on Wednesday present five words about food that only Aussies understand.”

Other countries of interest include Japan and Norway.