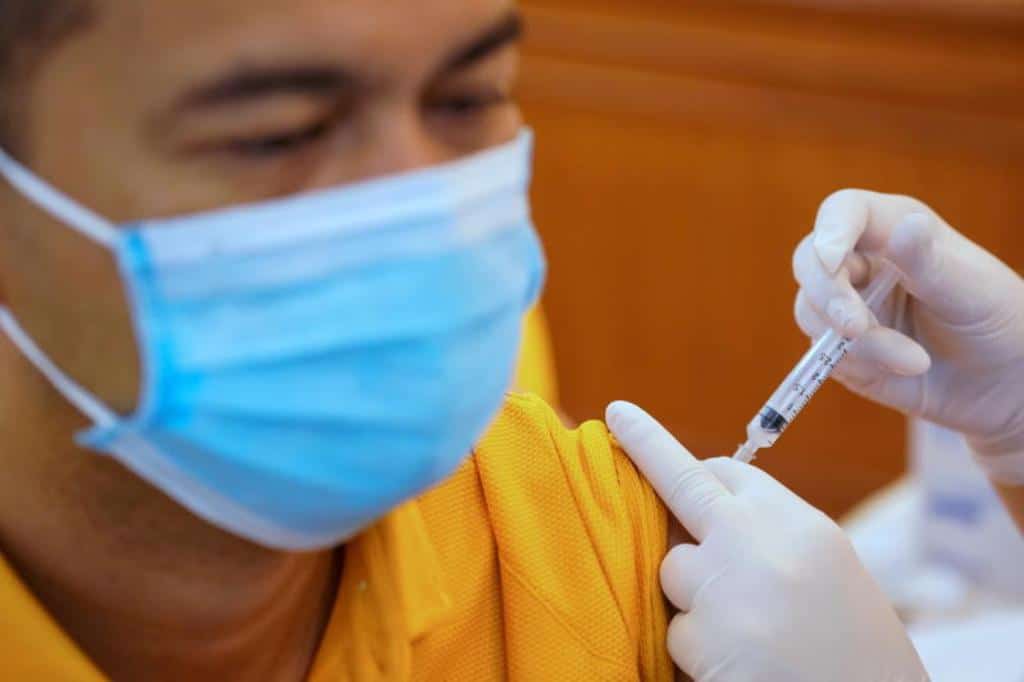 Health officials in Thailand are rushing to calm public fears after confirming a man died after receiving the COVID-19 vaccine earlier this month. The man was inoculated on March 3 and died on March 13.

His death was cause of death was from an abdominal aortic aneurysm (AAA) and rupture, senior health official Dr Sopon Mekton said. Dr Sopon also said despite the man death Thailand’s Covid-19 vaccine campaign would continue.

“I am confident this death is from the aneurysm and not related to the vaccine,” Dr Sopon told Reuters.

An AAA is the swelling of the main blood vessel that leads from the heart and ruptures can be fatal.

The man, whose age was not disclosed, had a pre-existing health condition and had undergone surgery in January, said health official Tawee Chotpitayasunond, describing it as “a time bomb in the body”.

So far, Thailand has administered about 136,000 doses of covid-19 vaccines, mostly using those of China’s Sinovac Biotech but AstraZeneca vaccines have also been given.

Prime Minister Prayuth Chan-ocha was the first in Thailand to receive an AstraZeneca shot on March 16, which was delayed by several days after reports in Europe of blood clots among some recipients.

Those inoculated in Thailand so far have been frontline medical workers or groups seen as at risk due to potential exposure to the virus, or their age and pre-existing health conditions. Thailand has reported 28,577 coronavirus infections and 92 fatalities.

Meanwhile, Thailand on Sunday added 77 new coronavirus cases, 58 of them locally transmitted, bringing the accumulated number of confirmed infections since the pandemic began to 28,734. One death was reported, raising the toll to 94.

The Centre for Covid-19 Situation Administration (CCSA) said the fatality was a 75-year-old woman who lived in Bangkok. The bed-ridden patient died on Saturday after testing positive for Covid-19 on Tuesday.

Pathum Thani recorded two new cases at hospitals and active case-finding in communities also uncovered two in Nonthaburi and one in Ratchaburi.

Thailand to Launch Safety Standards for Trekking and Zipline Adventures