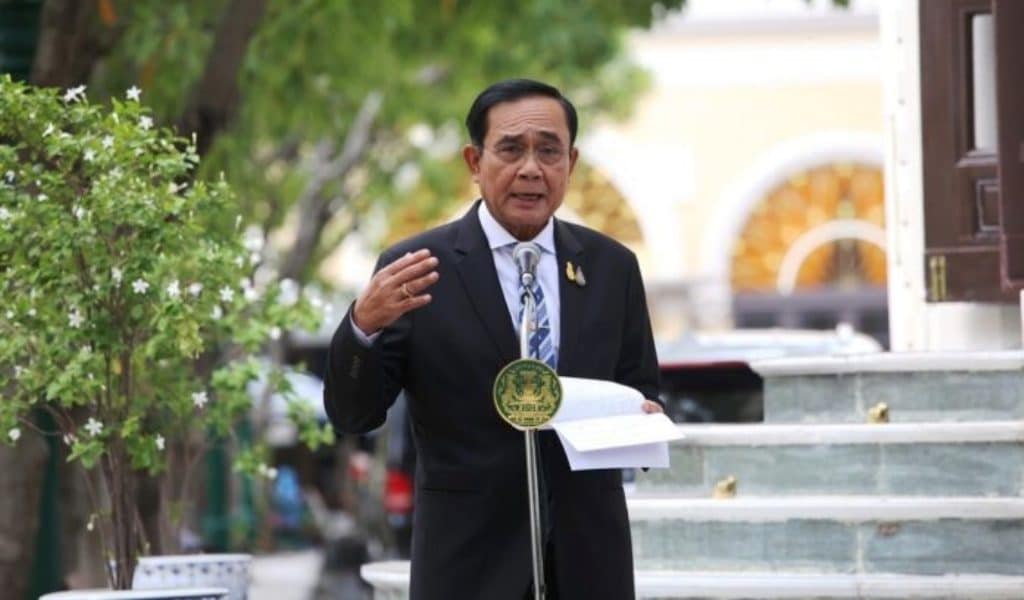 Thailand’s Prime Minister Prayut Chan-o-cha has issued a stark warning cooperate with covid-19 guidelines or there will be a nationwide lockdown. Prime Minister Prayut Chan-o-cha’s second warning comes after the Centre for Covid-19 Situation Administration (CCSA), said the ultimate measure would be taken if there was not “proper cooperation from the people” and if the situation spiraled out of control.

Dr Taweesilp from the CCSA said there are widespread concerns following the latest covid-19 outbreak at a shrimp market in Samut Sakhon. The outbreaks have affected mostly migrant workers.

Meanwhile, there was relief in government circles last night after six officials who initially tested positive for Covid-19 were found not to be infected after all.

Six tested positive, were allowed to go home and were later given swab tests to confirm whether they indeed had the virus. Director of the Government Spokesman Bureau Natthriya Thaweevong said the second tests showed that the original rapid results test had returned false positives.

Nevertheless, the sources said Government House would still be disinfected today, including its three media rooms.

This isn’t the first time government staff have been at the centre of a false alarm. During the country’s first coronavirus wave, Government House tested staff at the CCSA and detected some infections.

However, further tests showed they did not have the virus after all. As of Friday, Bangkok had six new cases, taking its current total to 40. Four new cases were found in Samut Songkhram, raising the province’s total to 11.

All four had travelled to Samut Sakhon, the epicentre of the latest outbreak, which remained in the highest-risk red zone with 87 new cases.

Nakhon Pathom reported two more new cases, lifting its total number of recent infections to 17. The country’s tally now stands at 1,443 — more than 1,200 of them are migrant workers.

The CCSA on Thursday announced a colour-coding system to identify provinces most at risk of a Covid-19 outbreak.

In Nonthaburi, Thailand all public and private schools, nurseries and tutoring schools were on Friday ordered by the provincial authorities to close temporarily. Outdoor New Year celebrations and Children’s Day activities are strictly prohibited.

All entertainment venues and restaurants in the province must shut from midnight-5am and no live music can be played or food served after 10pm. Migrant workers cannot enter or exit the province.

Nonthaburi’s Covid-19 preventive measures became effective on Friday and will be in place until Jan 6.

Villagers in Bo Nok subdistrict, Prachuap Khiri Khan, resolved to prohibit non-locals from travelling and staying overnight in the area, which has many tourist sites and aquatic animal farms. All outsiders who have entered the area will be quarantined immediately by subdistrict officers.

In Songkhla,Thailand the Prince of Songkla University’s Hat Yai campus has cancelled face-to-face lessons after a lecturer was found to have the virus.

Khunnatham Wittaya School in Hat Yai district immediately closed on Friday after it found that a student was in close contact with an infected person who had been to a big bike event on Koh Lanta, Krabi province.

Parents were told to urgently pick their children up at the school. The school was on Friday closed until Jan 3 so it can be disinfected. One local case was also reported. Furthermore the infected person is a lecturer at Prince of Songkla University.