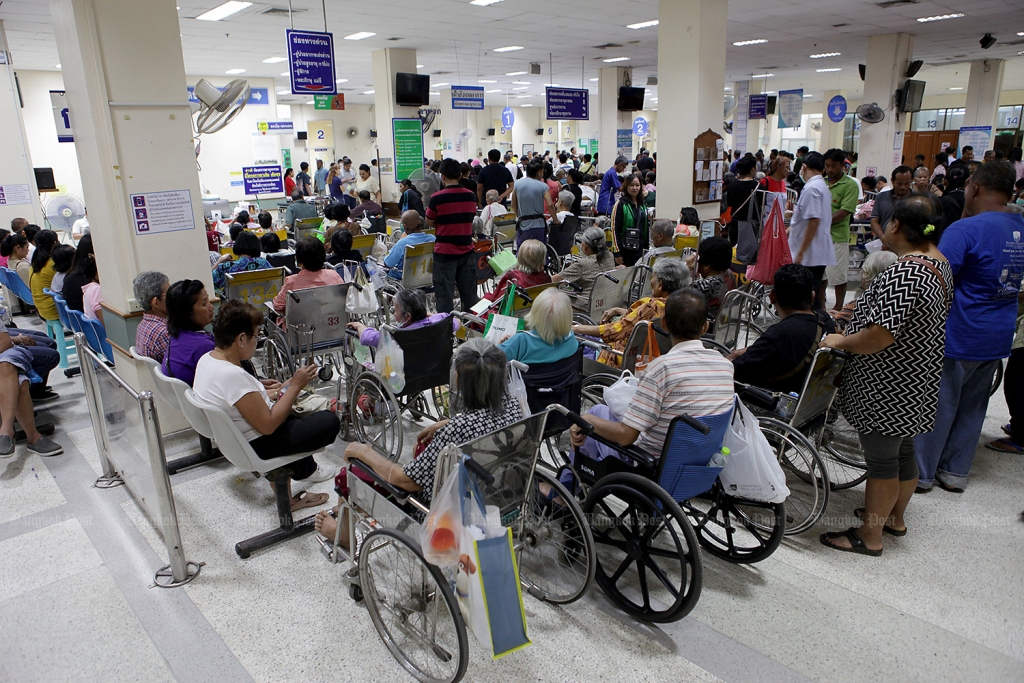 Hospitals in the Bangkok metropolitan area are running out of beds due the surge in patients coming down with  the delta variant of covid-19, a health official said Sunday, as the country reported a record number of infections for the fourth time this week.

Thailand has in the last few months been struggling with its worst outbreak since the start of the pandemic, driven by the highly contagious Delta variant of covid-19, first detected in India.

“We don’t know where to put the sick people anymore, the ER [emergency room] units in many hospitals have to be temporarily closed because they no longer have bed spaces,” Somsak Akksilp, head of the Department of Medical Services, told the Bangkok Post.

In Bangkok and nearby provinces, more than 1,200 people were waiting for hospital beds and over 6,000 called a hot line over the past week requesting treatment, health authorities said.

There are more than 37,000 hospital beds in Bangkok, according to the Bangkok Metropolitan Administration.

Earlier in the pandemic, all Covid-19 patients were admitted to hospitals, but Dr Somsak said authorities last month brought in home isolation for more than 30,000 people in Bangkok and surrounding provinces.

The government has also been converting public places in Bangkok into temporary field hospital for Covid-19 patients as the spike in cases strains the city’s health system.

The jump in infections has increased pressure on the government to boost the sluggish pace of vaccinations, with only 5.6% of Thailand’s more than 66 million people fully vaccinated.

Thailand won plaudits for containing the coronavirus for most of last year, but authorities have struggled to halt the wave of cases starting in April that has taken total infections to 561,030, with 4,562 fatalities.

Meanwhile, the government on Sunday opened vaccination registrations for foreign residents, but there were widespread reports of technical problems.