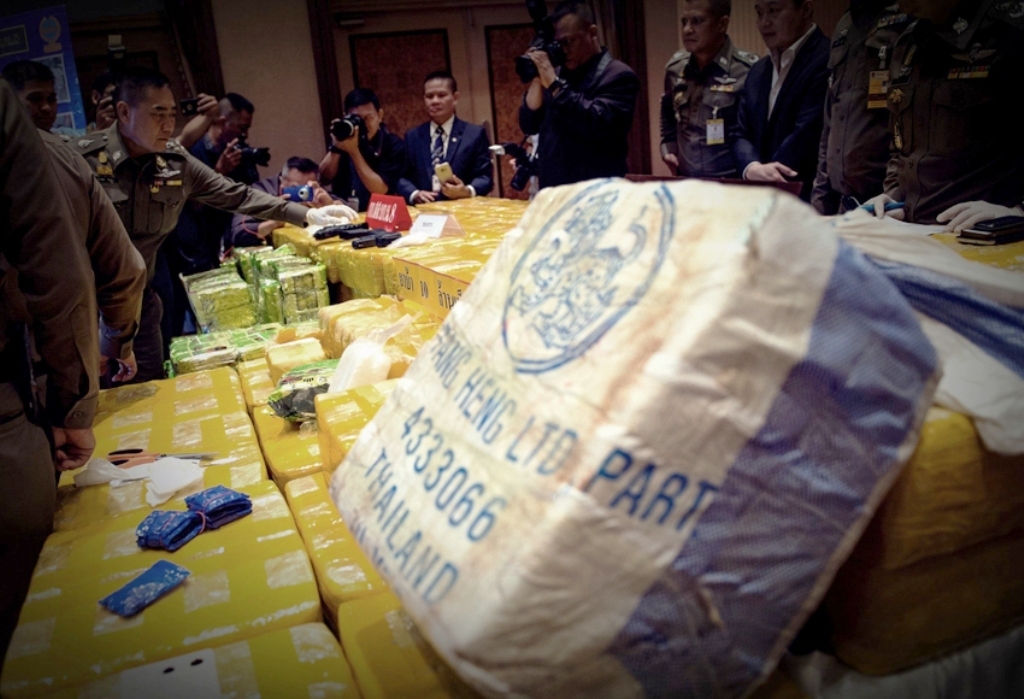 Over 32 million meth pills have been seized in a coordinated two-month-long anti-drug campaign by 4 lower Mekong countries. The joint campaign was implemented in Thailand, Myanmar, Vietnam, Laos and Cambodia.

The anti-drug campaign was driven by integrated efforts by anti-drugs authorities in each country, said Niyom Termsrisuk, the ONCB secretary-general. Authorities are also hailing the success of the joint efforts of law enforcement, the Bangkok Post reports.

The aim of the operation was to block the flow of precursor used in drug production. And also prevent the drugs from leaving the production areas of the Golden Triangle.

Over the past two months, member states have seized a combined 32.3 million meth pills; 4.3 tons of crystal meth; 420kg of heroin; 2.9 tons of cannabis; 20kg of ketamine; and 46 tonnes of substances used for producing illicit drugs.

In the last two weeks, Myanmar authorities confiscated 1.8 million meth pills and 340kg of crystal meth on their side of the border in Tachileik. Opposite Chiang Rai’s Mae Sai district.

In Laos, the authorities seized 600kg of crystal meth in the central district of Pakkading. And also another 6.7 million meth pills in the north.

Above all the joint operations were put to work under the Thai government’s policy to combat illicit drugs beyond its own national borders, Niyom Termsrisuk said.

Seizures of high-purity crystal methamphetamine have surged more than tenfold in Thailand over the past two years. Statistics show, a stark indicator of the growth in industrial-scale production of meth pills in neighboring Myanmar.