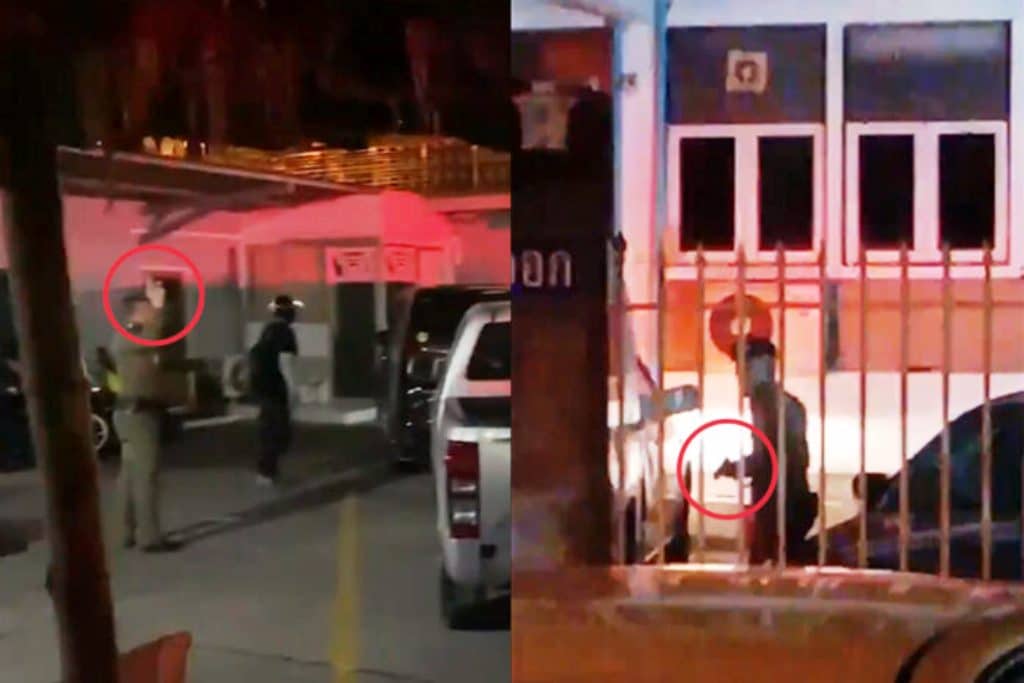 Bangkok police forces to commander said an officer was behaving properly when he shot live rounds over the weekend in a bid to fend off a crowd of pro-democracy protesters.

The policeman, who remains unidentified as of Monday, pulled out his handgun and fired a series of shots into the air at Nang Loeng Police Station on Saturday night. Metro police commander Phukphong Phongpetra said on Monday the officer had no choice but to defend himself and the precinct.

“There’s a disturbance in front of the police station so police officers had to shoot into the air to stop it,” Lt. Phukphong said by phone.

But his deputy, Piya Tawichai, said an investigation was launched into the policeman’s action to see whether he reacted proportionally.

“The Metropolitan Police Bureau has ordered an investigation,” Maj. Gen. Piya told reporters. “We will let you know the result. But let me affirm that police have regulations when it comes to performing their duties. Any violators will be punished.”

At the time of the shooting, Nang Loeng Police Station was under siege from dozens of protesters who demanded answers over the news that shots were fired on two demonstrators on Ratchadamnoen Avenue and the gunman was taken inside the station.

The confrontation was tense, and at one point the protesters appeared to be on the verge of storming the police station.

In a video widely shared on social media, a policeman could be seen drawing his handgun and firing it into the night sky, causing protesters to scramble for cover and shout at the police in fury.

“Back off, or else we will shoot,” a voice on the police’s speakerphone could be heard saying.

It was the first time live ammunition was used during a protest since the anti-government rallies broke out in July. Several officers from a crowd control unit were armed with rifles during the crackdown on protesters earlier on Saturday night, but police said the weapons were not actually used.

Investigators have yet to identify the assailants who fired the shots at the two protesters on Saturday night; one was shot in front of a McDonald’s branch in front of Democracy Monument, another was shot while chasing after the gunman at Phan Fa Bridge.

The two were identified as vocational students who belonged to one of security details run by the protesters.

“They are now in stable condition,” Jean, an activist who represents the “Vocational Students for Democracy” group, said by phone. “Two shootouts took place that night and the assailants remain at large.”

Police later arrived at the scene and escorted a person said to be the shooter out of the convenience store, where he was taking shelter, to the nearby Nang Loeng Police Station. Protesters followed him there and the commotion ensued.

But metro police commander Phukphong said Monday the suspect turned out to be unrelated to the shooting.

“He’s not the shooter,” Lt. Gen. Phukphong said Sunday. “Eyewitness testimonies and CCTV footage found that he was at the convenience store to buy some food. We are trying to identify the real assailants.”

Nang Leong police superintendent Nimit Nuponthong said police are looking into the shootouts, though he refused to give more details about the case. “We’re conducting investigations,” Col. Nimit said by phone before he hung up.