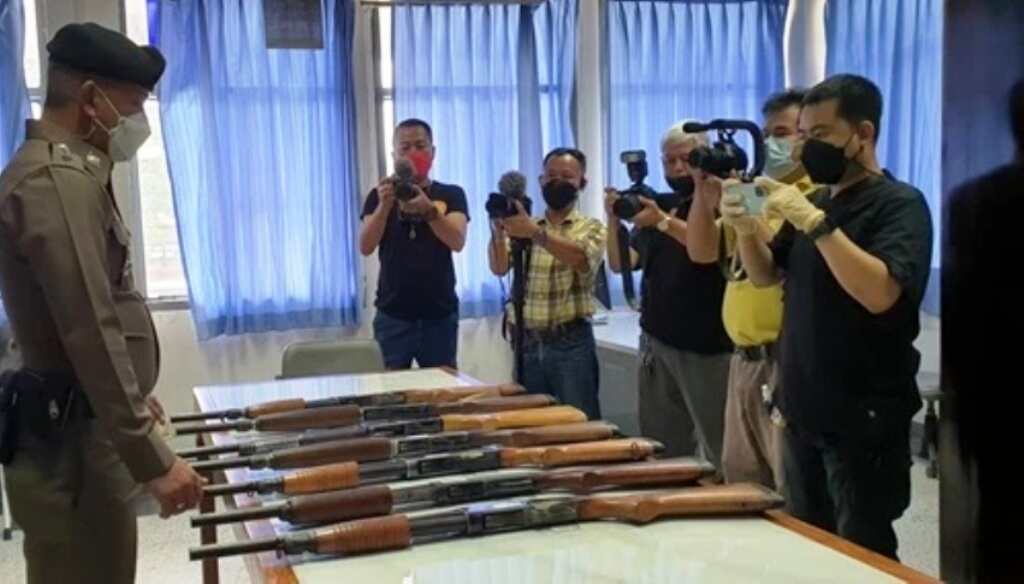 Sa Kaeo police said two of the suspects, identified as Weeraphan Nakphitak, 36 and Lek Khamneung, 40 were members of the Sa Kaeo Volunteer Defence Corps. They both worked in the District Office building.

The two me allegedly stole the 65 guns and sold them to the third suspect, MrEkachai Sukkate, who is a local from Sa Kaeo’s Watthana Nakhon district.

All three men were charged with theft from a government building, selling stolen goods and possessing firearms without licence. Police are also investigating the suspects to uncover possible accomplices in their operation.

According to a Thai news media, the men admitted to stealing and selling the firearms. The weapons comprised of pistols and shotguns they said.

Police allege the air guns are the same type as used in a  recent anti-government demonstration in Bangkok.

According to police are were many gun traders online and this opens the way for criminals and ill-intentioned people to acquire weapons used in violent attacks and also lead to loss of lives and personal injuries.

CSD investigators learned there was a PCP air rifle trader selling firearms via a Line chat group. Pictures of compressed air guns and gun parts were shown on the Line group, with Line user Chor Changlom acting as the administrator.