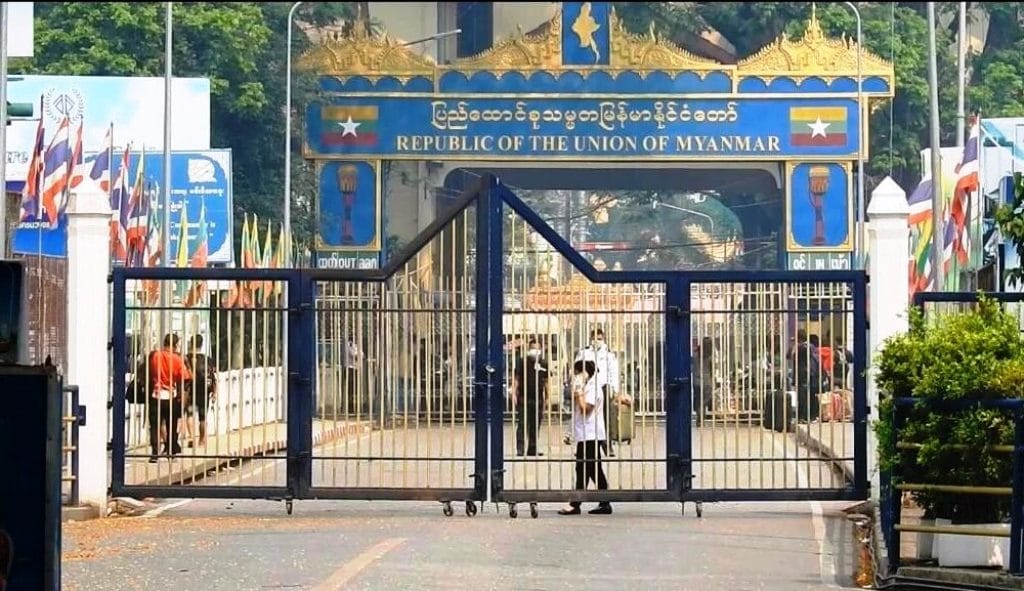 Immigration and order police in Chiang Rai have stepped up their border watch duty amid concern over a possible influx of Myanmar protesters fleeing a crackdown by authorities in Tachilek.

Immigration Bureau commissioner Somgpong Chingduang said on Sunday immigration authorities at Chiang Rai’s  Mae Sai checkpoint were ordered to keep a close watch on the situation in Tachilek. His order comes after Myanmar authorities in the township of Tachilek cracked down on rallies against the coup.

Security authorities fired bullets at demonstrators in Mandalay on Saturday, killing two protesters. It was the deadliest incident since the army staged a coup on Feb 1.

Thousands of protesters took to the streets again in Myanmar’s town of Myawaddy town, opposite Mae Sot  in Tak province on Sunday. Another demonstration was held in Tachilek.

The protest in Tachilek, the second in consecutive days, resulted in a closure of the border checkpoint. Border trade has since been allowed to resume again.

Pol Lt Gen Sompong said no protesters fleeing the Myanmar authorities will be allowed to enter Thailand. Even more all will be immediately pushed back from the border.

Any new influx would put Thailand at risk of a wider spread of the coronavirus outbreak imported by the Myanmar migrants, he said. Anti-coup protesters plan their largest rallies yet in Myanmar on today.

Saturday was believed to be the worst single day of violence in Myanmar since the myanmar on Feb 1.