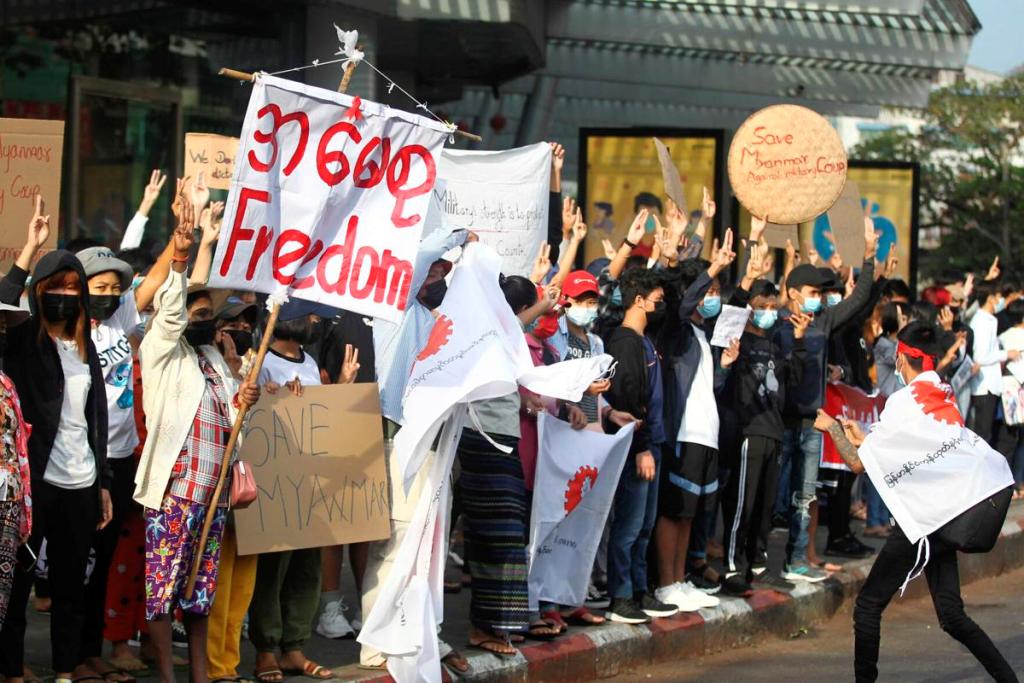 Protests have erupted in the border town of Tachileik against the Myanmar military coup leaving trading stalled and freight trucks stranded.

Pagaimas Viera, deputy chairwoman of the Chiang Rai chamber of commerce, said it was hard to predict whether the protests in Tachileik, which is adjacent to Chiang Saen on the Thai side, will be protracted.

The protests have continued for two weeks, forcing Myanmar authorities to close their side of the border.

As a result, 33 Thai-owned lorries on their way to deliver farm products from Myanmar were now stuck in Tachileik. Also, about 70 Thais remain stranded there, according to Ms Pagaimas.

She estimated the border trade to be worth between 30 million to 50 million baht a day. Thailand exports mostly fuel and daily goods and imports farm produce via that checkpoint.

Anti-coup protesters in Tachileik have gathered near a bridge over the Sai River and are demanding the immediate release of Aung San Suu Kyi, the country’s deposed leader, from the junta’s arrest.

Meanwhile, Northern Thailand’s 3rd Army has given assurances that there will be no influx of Myanmar people into Thailand in the wake of the military coup.

Third Army commander Lt Gen Apichet Suesat, in charge of the northern region, reassured the public that there were Thai forces stationed along the Thai-Myanmar border to prevent illegal entry during the Covifd-19 pandemic and anyone caught trying to cross illegally would be arrested.

Lt Gen Apichet was responding to media questions about a possible exodus after the coup.

“We are closely monitoring the situation. Myanmar people themselves may not be affected, but I told soldiers to step up inspections at the border in case [Myanmar] politicians or VIPs [illegally] enter into the country to hide,” he said.

He went on to say that the coup situation inside Myanmar is not likely to affect ethnic minority groups along the border as it appears that the two sides had already begun work on a fresh peace process, currently delayed by the Covid-19 pandemic.