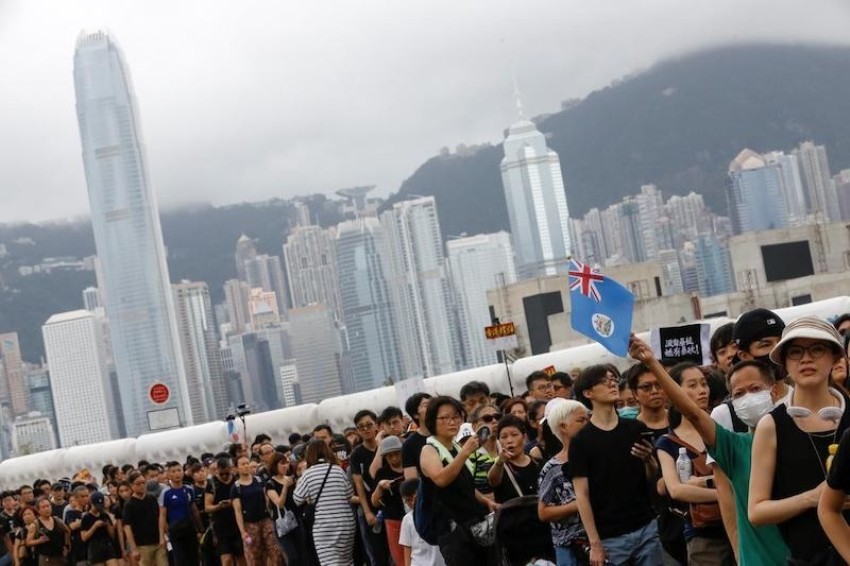 Prime Minister Boris Johnson has said Britain is prepared to offer extended visa rights and a pathway to citizenship to Hong Kong residents. The offer comes in response to China’s push to impose national security legislation in the former British colony.

China’s parliament has approved a decision to go forward with national security legislation for Hong Kong that democracy activists, diplomats and some in the business world fear will jeopardize its semi-autonomous status and its role as a global financial hub.

Britain, the United States, Australia, Canada, Japan and the EU have all sharply criticized the move.

Communist authorities says the new legislation, likely to come into force before September. They say it will tackle secession, subversion, terrorism and foreign interference in the city.

Beijing’s communists and Hong Kong’s communists say the legislation poses no threat to the city’s autonomy. Futhermore the interests of foreign investors will be preserved.

Meanwhile, President Xi Jinping is so nervous about the position of the Communist Party that he is risking a new Cold War and imperiling Hong Kong’s position as Asia’s pre-eminent financial hub. The last British governor of the territory told Reuters.

Chris Patten said Xi’s ‘thuggish’ crackdown in Hong Kong risked triggering an outflow of capital and people from the city which funnels the bulk of foreign investment into mainland China.

The West, he said, should stop being naive about Xi, who has served as General Secretary of the Communist Party since 2012.

“We have long since passed the stage where, without wanting another Cold War, we have to react to the fact Xi seems to want one himself,” Patten said.

Patten cast Xi as a dictator who was “nervous” about the position of the Communist Party in China after criticism of its early handling of the novel coronavirus outbreak and the economic impact of its trade disagreements with the United States.

“One reason Xi Jinping is whipping up all this nationalist feeling about Hong Kong, about Taiwan and about other issues, is that he is more nervous than any official would allow about the position of the Communist Party in China,” he said. The Chinese embassy in London did not immediately respond to a request for comment.

Patten, now 76, watched as the British flag was lowered over Hong Kong when the colony was handed back to China in 1997 after more than 150 years of British rule.

Hong Kong’s autonomy was guaranteed under the “one country, two systems” agreement enshrined in the 1984 Sino-British Joint Declaration. But thousands of Hong Kong protesters have defied Beijing in recent months.

“Xi Jinping hates the things which Hong Kong has been promised under the ‘one country, two systems’ treaty lodged at the United Nations which he is willfully breaking,” Patten said.

What he hopes he can do is to bash Hong Kong into shape with national security.”

“What does it mean? It means serious question marks not just about Hong Kong’s future as a free society but also about Hong Kong’s ability to continue as probably the premier international financial hub in Asia,” Patten said.

“A lot of people will try to leave Hong Kong,” Patten said, adding that he feared capital would also flow out. “It is going to be pretty rough over the next few months.”

The autonomy of Hong Kong has, until now, given investors faith in the territory’s legal and governance systems. China’s legal system is accountable to the Communist Party.

“What you have coming into conflict is a dictatorial idea of what the law is with the common law which is undoubtedly going to cause a constitutional clash,” Patten said

He added the West had been even more naive with Xi’s China than it had with post-Soviet Russia.

“What Xi has demonstrated so far is that unless you stand up to bullies they go on bullying you,” he said.

Patten said the West should stand together when allies. Such as Australia were targeted by Beijing. He also warned to  be cautious with companies such as Huawei. Which Britain has allowed to help build its 5G network.

“Huawei is an agent of an unpleasant Chinese state,” Patten said. Huawei has repeatedly denied claims that it is agent of the Chinese state.