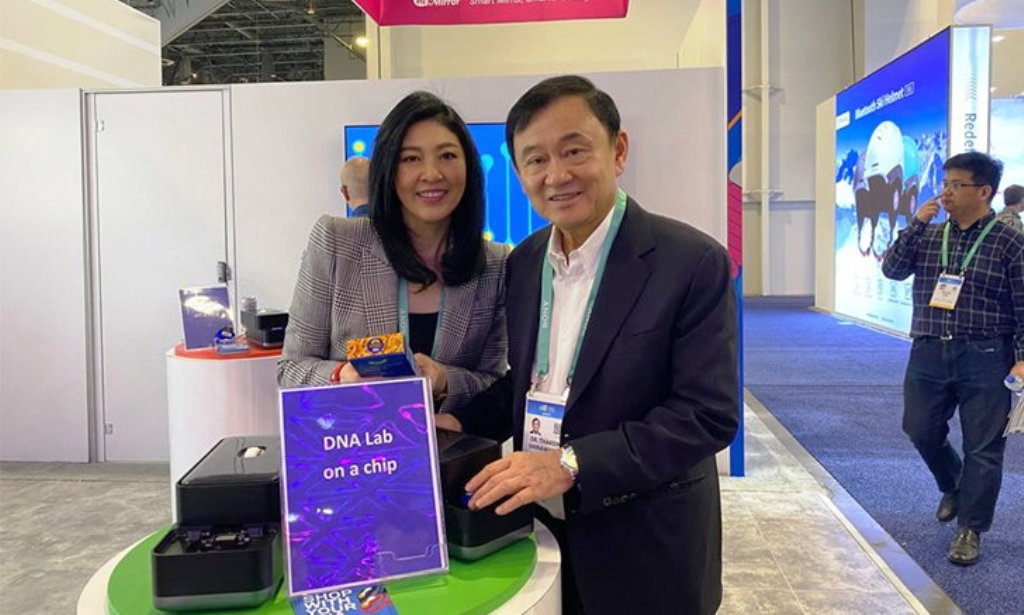 Both former prime ministers and Thailand’s most-wanted siblings are promoting a DNA nutrition app at in Las Vegas. Thaksin Shinawatra and his younger sister Yingluck appeared on Wednesday at the Consumer Electronics Show 2020 in Vegas.

The pair were photographed at the booth of DNANudge. A company that uses cheek swabs containing a person’s DNA to recommend dietary choices.

“My brother and I are here at Consumer Electronic Show 2020 (CES 2020) Las Vegas, launching our business we invested (in) and just launched in London,” Yingluck said in a post on Twitter.

Back home in Thailand, both had been ousted during military coups, Thaksin in 2006, and his sister in 2014.

The Pro-Thaksin Pheu Thai party is currently the largest opposition party in Thailand.

Thaksin, a former telecommunications tycoon, said he had been working on DNANudge with its founders for the past three years, Reuters reports.

“I’m of advanced age and don’t want to invest in something too big … but we think DNANudge can really change the world,” 70-year-old Thaksin said in a video on Facebook.

Thaksin and Yingluck, who occasionally write posts on social media to engage their followers, are in self-exile from Thailand to avoid corruption convictions they say are politically motivated.

A simple one-time-use cheek swab is all we need from you. The swab is then inserted into our patented DnaCartridge and placed into our DnaNudge Box.

Here DNA is extracted from your sample and the specific SNP’s; (a ‘snip’ is a single ‘letter’ out of the 3 billion in your DNA code); relating to nutrition-related health conditions are analyzed.

Once the test is complete, in around an hour, results are loaded onto your personalized capsule ‘digitizing your DNA’. Your unique DNA report is uploaded to your App and then all DNA material is clinically destroyed to maintain your privacy and confidentiality.