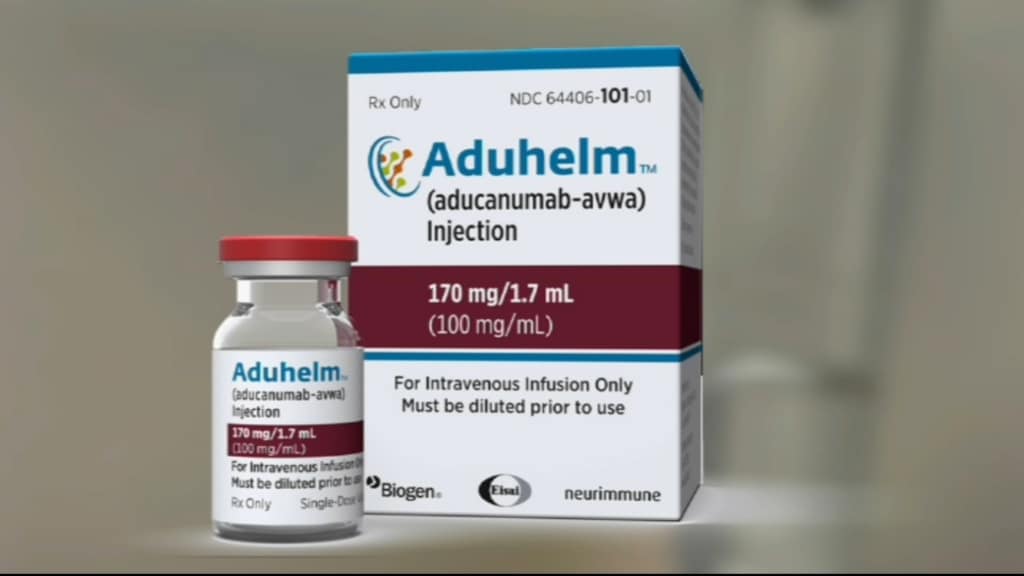 U.S. regulators on Monday approved the first new Alzheimer’s drug in nearly two decades, casting aside doubts about its effectiveness. Aduhelm is the first new medicine to address cognitive decline linked to the Alzheimer’s condition.

“Aduhelm is the first treatment directed at the underlying pathophysiology of Alzheimer’s disease, the presence of amyloid beta plaques in the brain,” said the US FDA’s Patrizia Cavazzoni.

The U.S. Food and Drug Administration FDA, explaining its decision, said scientific evidence indicated Aduhelm reduces a sticky substance in the brain called amyloid—which is associated with Alzheimer’s—and is likely to produce a benefit to patients.

The drug’s sale offers hope to millions of people dealing with Alzheimer’s and their caregivers, given the lack of good options for treatment. Yet Aduhelm’s impact may be limited.

Doctors who say they will prescribe the drug caution it won’t help all patients, particularly those with more advanced symptoms of the disease. Some patients eligible for treatment may face $10,000 or more in annual out-of-pocket costs, health insurer Cigna Corp. estimates.

Critical time for the biotech

In addition, some doctors say the evidence supporting the drug’s efficacy is limited and recommended against its approval. Its approval comes at a critical time for the biotech, which is coping with declining sales and the loss of patent protection for its biggest-selling drug, Tecfidera, a pill for multiple sclerosis.

“This historic moment is the culmination of more than a decade of groundbreaking research in the complex field of Alzheimer’s disease,” said Biogen Chief Executive Michel Vounatsos. “Together with the healthcare community, we are ready to bring this new medicine to patients and begin to address this growing global health crisis.”

Biogen priced the newly approved drug higher than analysts expected. The company said it would charge about $56,000 a year per patient.

A preliminary analysis conducted by the Institute for Clinical and Economic Review, a nonprofit research and advisory group, said the drug could be cost-effective at a per-patient price of $2,500 to $8,300 a year.

Alzheimer’s is a progressive degenerative disease that slowly robs people of their memory and the ability to care for themselves. About six million people suffer from Alzheimer’s in the U.S. Of those, as many as 1.4 million could be eligible to take Aduhelm, according to estimates by Cigna.

Aduhelm, a monoclonal antibody also known by its generic name aducanumab that is administered intravenously, was tested in two late-stage human trials known as Phase 3 trials. It showed a reduction in cognitive decline in one, but not the other.

But in all studies, it convincingly showed a reduction in the build-up of a protein called beta-amyloid in the brain tissue of Alzheimer’s patients.

One theory holds that Alzheimer’s disease comes from an excessive accumulation of these proteins in some people’s brains as they age and their immune systems decline. Providing such patients antibodies could therefore be a means to restore some of their capacity to clear the plaque buildup.

“We feel a great sense of purpose and responsibility to turn the hope of today’s FDA approval of Aduhelm into a reality for people living with Alzheimer’s disease and their families,” said Alisha Alaimo, president of Biogen US in a statement on Twitter.

Many Thai and Expats Choosing to Wait for Moderna Vaccine