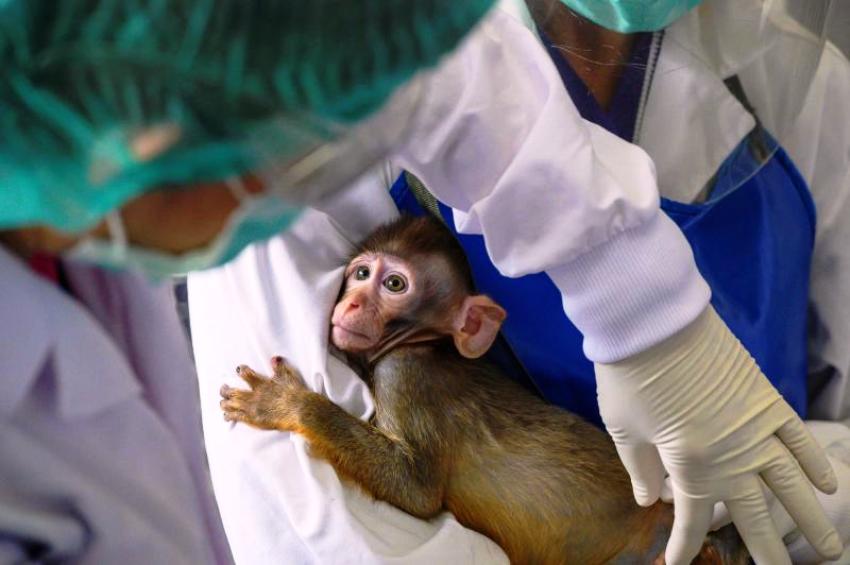 Thailand’s government confirmed two new coronavirus cases and one death on Monday, as covid-19 vaccine testing begins on monkeys. The covid-19 cases brought the total number of cases in Thailand to 3,042 and deaths to 57.

The spokesman said the latest fatality was a woman, 68, who died in Chumphon province on Sunday. She had been in contact with a previous patient before developing symptoms. Furthermore she also suffered from diabetes and high blood pressure.

One of the new confirmed cases was a Chinese woman, the wife of an Italian who had been infected with the virus. Their family of five entered Phuket on March 9 and remained on the island due to the lockdown.

The other new patient was a Thai woman who returned to Thailand from Russia on Wednesday. She is under state quarantine in Chon Buri province.

Meanwhile, Thailand began testing a vaccine against covid-19 on monkeys after positive trials in mice, an official said. Thailand’s minister of higher education, science, and research and innovation, Suvit Maesincee, said researchers had moved testing of the vaccine to monkeys and hoped to have a “clearer outcome” of its effectiveness by September.

“This project is for the human race, not just Thais. The prime minister (Prayuth Chan-ocha) has outlined a policy that we must develop a vaccine and join the world community workforce on this,” Suvit told reporters on Saturday.

Thailand announced on Wednesday that it was developing a vaccine – one of at least 100 potential vaccines in the works worldwide – and hoped to have it into production by next year.

Top 6 FX Robots That Are Worth Considering in 2022