Authorities Destroy 25 Tons of Drugs Worth US$2 Billion 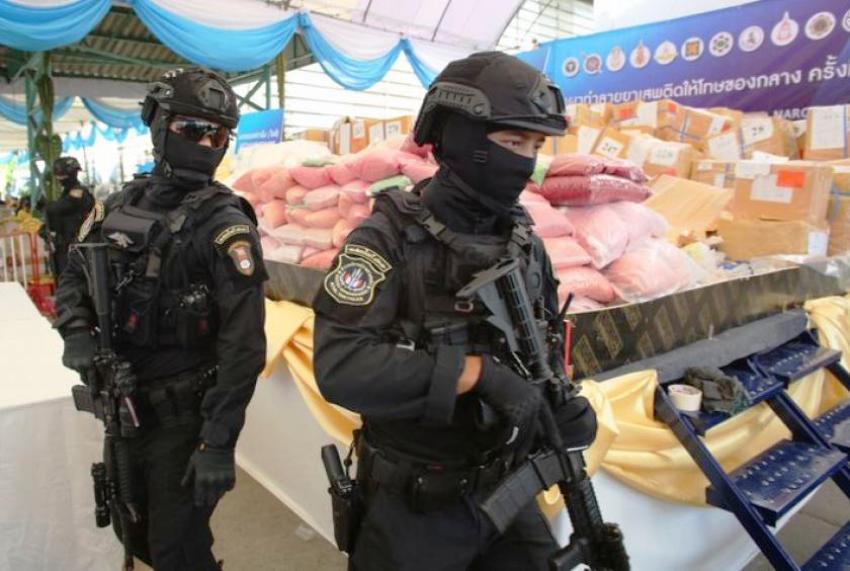 Officials in Thailand and Myanmar destroyed 25 tons of illicit drugs worth more than US$2 billion in Ayutthaya and Yangon on Friday. The drugs destruction comes as drug syndicates boost supply and find new channels to do business.

The Golden Triangle — where northern Myanmar, Laos and Thailand meet — has long been a hub of illicit drug trafficking. Production is now taking place on an industrial scale.

In Ayutthaya, Thai authorities marked International Day Against Drug Abuse and Illicit Trafficking with a mass incineration of drugs.

Black-clad police commandos guarded boxes of drugs unloaded from trucks. While bricks of heroin and bags stuffed with pink meth pills where thrown into dumpsters for incineration. “Our children are making the wrong decision to order narcotic drugs online. And the dealers send to them,” he said. Rising heroin use among young people is among the worrying trends.

Though opium cultivation and heroin refining have declined, methamphetamine production in Myanmar’s lawless northern regions has increased. With armed ethnic groups in business with organised crime elements. Thailand is used mainly as a conduit and distribution point.

In Yangon, meanwhile, black plumes of smoke filled the sky as sacks full of drugs were set ablaze. Firefighters quickly extinguished the flames.